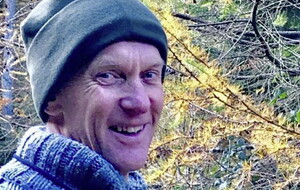 Police have been urged to launch a formal investigation after an expert review found “significant failures” in the treatment of patients under the care of neurologist Dr Michael Watt.

The son of a patient misdiagnosed by Dr Watt said the review, carried out by the Royal College of Physicians (RCP) on behalf of the Regulation and Quality Improvement Authority (RQIA), was “just the beginning” of work that needs to be done.

Dr Watt, a former Belfast Health and Social Care Trust consultant neurologist, was at the centre of Northern Ireland’s largest recall of patients, which began in 2018, after concerns were raised about his work.

More than 4,000 of his former patients attended recall appointments and hundreds were found to have been wrongly diagnosed.

Published this week, the review of the clinical records of 44 patients who died under his care found “significant failures in their treatment” and “poor communication with families”.

Responding to the review, RQIA’s chief executive Briege Donaghy said: “We are determined that the actions we take, driven by the findings from this review, will improve clinical practice, the safety of services and the experience of patients and of families.”

Colin Armstrong’s late mother Ruth was misdiagnosed by Dr Watt in 2001 and prescribed medication for epilepsy.

He said the RQIA report was “limited in its scope” and was “just the beginning”.

He said: “We have already been in communication with police over the past two years on behalf of our client Colin Armstrong and others.

“The response to date has been underwhelming.

“To that end we have written today to the PSNI to intensify their investigation.”

A PSNI spokesman said: “Police are currently considering the findings of the various reviews/investigations, namely the General Medical Council, The Royal College of Physicians, the RQIA and the Independent Neurology Inquiry.

“We will continue to liaise with the RQIA, Department of Health and Public Prosecution Service and will consider all relevant material before determining whether or not it will be necessary to conduct a formal investigation.”

The Independent Neurology Inquiry concluded earlier this year that problems with Dr Watt’s practice were missed for years and opportunities to intervene were lost.

It said systems and processes in place around patient safety failed and made more than 70 recommendations.