A WOMAN who was described in court as a "trusted courier for an organised crime gang heavily linked to the INLA" has appeared at Derry Magistrate's Court.

The woman who was granted anonymity by District Judge Barney McElholm.

A police officer connected the accused to the charges and opposed bail.

He said that on November 24 as part of 'proactive police investigation' the defendant was stopped in a vehicle on Spencer Road in Derry.

In the back of her vehicle there was a suitcase and a bag and police found more than nine kilos of cannabis.

A search of her home address uncovered more drugs including five grammes of cocaine.

Police also found vacuum packed bags similar to the ones in the vehicle and further suitcases.

Initially the woman said this was the only time she had conducted "a drug run" but later admitted to having done one before.

The officer said police did not accept this and said that they believed she was a courier for a gang.

The officer said that the woman said that she had done the run to get her drug debt down.

Defence solicitor Paddy MacDermott said that his client had been "used by other more sinister elements."

The solicitor said that the woman had a cannabis addiction and had run up a debt and that was how she had found herself in this situation.

Granting bail the woman was told to stay out of Derry, observe a curfew, wear a tag and report to police three times a week.

She is expected to appear again on December 12. 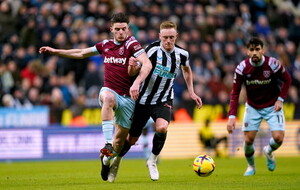