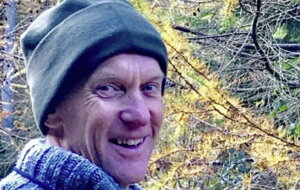 An expert review of the clinical records of 44 deceased patients who had been under the care of neurologist Dr Michael Watt has found there were “significant failures” in their treatment and care.

Dr Watt, a former Belfast Health and Social Care Trust consultant neurologist, was at the centre of Northern Ireland’s largest recall of patients, which began in 2018, after concerns were raised about his clinical work.

More than 4,000 of his former patients attended recall appointments.

At the direction of the Department of Health, the RQIA engaged the Royal College of Physicians (RCP) to undertake a review of the deceased patient records.

The review found that there were significant failures in the care and treatment of patients.

The panel highlighted concerns over clinical decision-making, diagnostic approach, communications with other clinicians, and poor communication with patients and with families.

The key findings from the review include:

– There were concerns over the assessment and initial management of patients; aspects of clinical decision-making; diagnostic approach; prescribing; the communications and engagement with other clinicians; and interactions with patients

– The review team identified concerns or omissions and their potential to lead to harm in almost half of the cases examined, including that some of the treatments prescribed were unnecessary and invasive

– In several instances, the review team believed patients had been denied holistic, supportive care that may have made their condition, and ultimately end-of-life care, easier to manage

– In almost half the cases reviewed, the team did not consider the diagnosis to have been secure

– While in most cases, the review team did not identify any concerns with the recorded cause of death, they stated that in several instances the review of death certification, or referral to a medical examiner or coroner, was recommended

– The review team concluded that more than half of cases were graded “poor care” or “very poor care” in terms of initial management of the patient, and that clinical decision-making was “poor” or “very poor”

– They found that more than half of cases reviewed there was “poor care” or “very poor care” in terms of communication with colleagues, and that there was little evidence that multidisciplinary team input into complex cases was sought

RQIA’s chair, Christine Collins, said: “I commend the courage and openness of all those families who came forward to engage in this review.

“Family accounts starkly illustrate how failings by an individual practitioner, and by the system, led to deep human impacts and resulting harm, both to the deceased patients and to their bereaved families.”

“While this process has been difficult and may not have produced the outcome sought by some families, RQIA sincerely thanks every family for their patience, their personal commitment and the invaluable contribution they have made on behalf of their loved ones.”

RQIA’s chief executive, Briege Donaghy, said: “Our staff, have been deeply moved through our involvement with the bereaved families.

“We are determined that the actions we take, driven by the findings from this review, will improve clinical practice, the safety of services and the experience of patients and of families.”