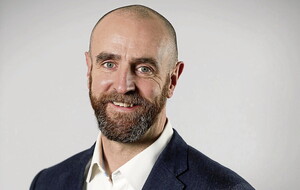 The republican paramilitary group known as Arm na Poblachta (ANP) has claimed responsibility for forcing a delivery driver to take bomb to a police station in Derry earlier this month.

In a statement to The Irish News, the group said the home-made device had been left on a 60 minute timer.

The alert was raised after three masked men hijacked a driver at gunpoint in the Curryneirin area of the Waterside on Sunday November 20 and ordered him to take the Ford Mondeo car to a PSNI station.

After initially declaring the alert an "elaborate hoax device, meant to look like a car bomb”, police later said an object recovered was "a viable explosive device”.

A linked security alert caused widespread disruption and several people were forced to evacuate their homes, while two nearby schools were also forced to close for a day.

In a statement using a recognised codeword, ANP claimed the hijacked driver worked for a fast food company which serves "the crown forces" and that's why it was singled out.

The Waterside alert took place just days after the New IRA launched an improvised explosive device (IED) at a PSNI car in Strabane.

Two policemen were uninjured but were said to be shaken.

ANP has also claimed it carried out an attack on the PSNI in the same Co Tyrone town in October.

It said that an IED was thrown at a PSNI car in the Innisfree Gardens area, which struck the vehicle.

A spokeswoman for the PSNI last night said "police received a report of a suspicious device being left" in the area on Saturday October 15.

"Following checks of the area nothing untoward was found and this is currently being treated as a hoax," she said.

The group also claims it attempted to shoot a man in Claudy, Co Derry, in recent weeks.

The named person is said to have since been ordered to leave Ireland.

A spokeswoman for the PSNI said it "does not discuss the security of individuals and no inference should be drawn from this".

"However, we want to reassure the public that we will take the appropriate action when made aware of anything that may put an individual at risk," she added.

"We don't know what their capacity is," he said.

"Events over the last couple of weeks indicate their capacity is increasing and their appetite to cause death, damage and destruction is increasing as well and it needs to be treated very seriously."

Considered relatively small, ANP is understood to include former members of other paramilitary organisations including the Continuity IRA and Óglaigh na hÉireann.

It emerged in 2017 and has pockets of support in Derry, Tyrone, Armagh and Belfast.

In November 2017 it claimed responsibility for leaving an EFP (Explosively Formed Projectile) in Poleglass on the outskirts of west Belfast.

The armour-piercing horizontal device was discovered after a three-day security operation carried out in the area.

It was also linked by the PSNI to the killing of Raymond Johnston (28) in the Poleglass area of west Belfast February 2018.

In May that year police linked an explosives find in the Benburb area of Co Tyrone to the group, while a paramilitary-style attack in west Belfast was also attributed to it.

Last year it claimed to have left a roadside device in the ‘Ballyarnett Road’ area of Derry.

Earlier this year it also claimed that it left an IED outside Dungiven, Co Derry and another near Derry city.

Police said in a statement: “Detectives from the Terrorism Investigation Unit are investigating a claim of responsibility that Arm na Poblachta (ANP) was responsible for a vehicle hijacking and subsequent security alert in the Waterside area of Derry/Londonderry on Sunday November 20.

“We are keeping an open mind and the investigation continues.”