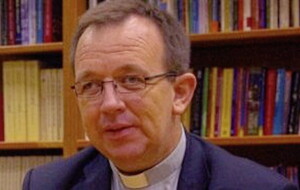 A RENEWED call for people with information on the Disappeared to come forward has been made at a mass in Co Meath.

Nine families whose loved ones were killed and secretly buried were among the congregation at the service in St Catherine's Church, Oristown on Saturday.

Bishop of Meath Tom Deenihan said it is "cruel" that the families were still waiting for information.

The Disappeared are those who were abducted, murdered and secretly buried by republicans during the Troubles. Thirteen of the 17 Disappeared have been found over the last two decades.

Bishop Deenihan said he welcomed "the nine families here tonight and the others who are also here and have supported them throughout the years".

"The McKee, Megraw, McConville, Simons, Wilson and Ruddy families with us tonight have found their loved one and that has been a huge consolation," he said.

But he said that the Lynskey, McVeigh and Maguire families, who were also present, were still waiting for their loved ones to be found.

"These three families are also suffering the added pain of not having a grave to pray at.

The bishop said a previous appeal by his predecessor, Bishop Michael Smith, "did bear fruit" adding "can I appeal to you again tonight" urging people to give information to the Independent Commission for the Location of Victims' Remains or to his office.

He added: "My appeal tonight is not based on retribution or even justice, but is based on compassion, decency and, simply, doing the right and honourable thing".