More than 80 per cent of Irish News readers expect to have to make cuts to their household spending as a result of the cost of living crisis.

A total of 673 people responded to the Irish News poll with 88 per cent agreeing they will have to make cuts to spending and 11 per cent saying they will not. Two per cent said they neither agreed nor disagreed.

Households in the region are due to be credited with a £400 payment automatically to help with energy costs this winter as part of a UK-wide scheme.

But the Utility Regulator said the payments may not arrive until January.

It is also not clear if the payments in Northern Ireland will be made as one lump sum or in smaller instalments.

The Irish News has been running a series of polls on our homepage  - irishnews.com - where we have been asking for your thoughts on subjects such as the nurses' strike, Northern Ireland protocol, the pay cut for Stormont politicians, united Ireland and the prospect of a second Assembly election in a year.

The latest question is: 'Do you think the Legacy Bill, which offers a form of immunity to those suspected of Troubles' killings, can help Northern Ireland to heal?' 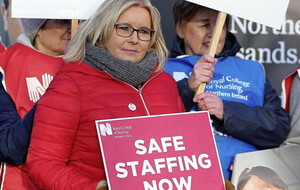 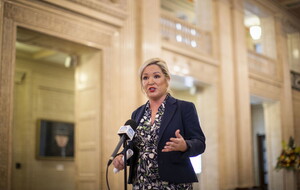 West Belfast man who twice raped a schoolgirl is jailed