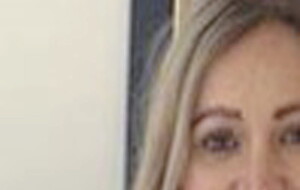 Sinead Murtagh has taken a leave absence from a voluntary role at a Co Armagh school.

SINN Féin President Mary Lou McDonald has said that two recent viral video controversies involving the 'Ooh ah up the Ra' chant should not be compared.

Speaking on BBC Sunday Politics, Ms McDonald addressed the recent incident in which Crossmaglen woman Sinead Murtagh made the chant while taking a selfie with Arlene Foster at a business awards event in Belfast.

The former First Minister's father was the target of an IRA murder attempt in 1979 and a school bus she was travelling on was targeted in an IRA bomb attack in 1988.

It followed another incident where the Ireland women's football team were filmed making the chant after celebrating a sporting victory.

Speaking to BBC Sunday Politics, Ms McDonald said "the exuberance of young women" while celebrating a sporting victory should be judged differently to Ms Murtagh's actions.

She added that the "popular chant" is taken from the Wolfe Tones song the Celtic Symphony, which she said was widely played.

"As a popular chant it probably is similar to....'Alice, Alice..who the bleep is Alice'. It's one of those things."

This song in question, Living Next Door to Alice is about a man's unrequited love for his next-door neighbour.

With it's famously sweary refrain, it became a world-wide hit for the British band Smokie in the 1970s.

Ms McDonald added: "What I am saying as the leader of Sinn Féin is that we approach each other and treat each other with respect and civility.

"So obviously approaching an individual, particularly who has had an experience in the conflict and is known to be of a political tradition and in a political position, that's a very different thing than a group of young people being young and being exuberant."

Dame Arlene has already expressed her disappointment at Ms Murtagh's comments, and has extended an invitation for her to visit a graveyard in Fermanagh to see the real impact of the IRA.

Ms Murtagh has still not commented publicly on the incident despite a huge amount of media attention and a backlash on social media.

Yesterday pictures emerged, from social media, of her posing with a replica AK-47 rifle.

The Sunday Life report she posted the photo on Instagram with the caption "Happy Easter" and with the hashtag #easterrising in reference to the 1916 Easter Rising as well as #ak47official and #crossmaglen.

It's reported the 34-year-old mother of two posted the photos in Easter 2020.

Although the AK-47 was not invented at the time of the 1916 rising, it would later become one of the Provisional IRA's weapons of choice.

She is also currently on personal leave from her role as a voluntary counsellor at St Paul's High School in Bessbrook.

A school statement read: "St Paul's High School is aware of an incident which occurred on social media and is following proper procedures.

"The female in question had engaged with the school in a voluntary capacity. However, due to recent circumstances she has requested a period of personal leave and the school is supporting her

"It continues to work tirelessly to embrace diversity and encourage multicultural harmony."