Leo Varadkar says he would support a request to arm Gardaí 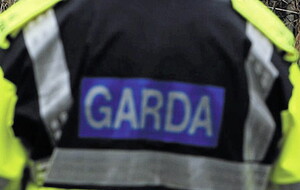 TÁNAISTE Leo Varadkar has said he would support a request to arm Gardaí.

The incoming Taoiseach said he would "absolutely say yes" if he was asked by the Garda Commissioner or the Republic's Minister for Justice to allow rank-and-file officers to be armed.

Mr Varadkar also said: "I certainly wouldn't do anything to block that if he felt that was the right approach".

But Mr Varadkar, who takes over as Taoiseach on December 17, added that it was "very much a decision for the Garda Commissioner" Drew Harris, rather than a politician.

His comments came after two Gardaí were attacked in Ballyfermot in Dublin last week.

The officers, a man and a woman, were assaulted after responding to a public order incident outside the pub on the Ballyfermot Road.

Mr Varadkar said they were "really appalling" scenes and asked if he thought an armed force was needed, he said he would say "yes".

"That's very much a decision for the Garda Commissioner rather than a politician," he told the Irish Mail on Sunday.

"I certainly wouldn't do anything to block that if he felt that was the right approach."

Mr Varadkar also said he was worried about the perceived rise in street violence.

He said while the figures do not show a spike in incidents, he acknowledged that "people don't feel as safe on our streets, and even in their homes as they did previously".

"We have a responsibility to make sure that they do."

However, Antoinette Cunningham, general secretary of the Association of Garda Sergeants and Inspectors, last night said "society has changed, but a fully armed force would be a step too far".

She said armed officers would not match the Gardaí "ethos of policing by consent" adding that it is "unlikely that this would be sought other than to expand already existing specialist units".