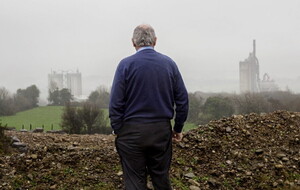 THE extraordinary rise and fall of Seán Quinn is to be told in a major documentary series to air on consecutive nights on RTÉ television next week.

More than four years in the making and featuring candid testimony from Mr Quinn himself, the highly anticipated series 'Quinn Country' will tell the "story of the man who personified Ireland’s boom and subsequently, its bust".

Described by RTÉ as a "landmark documentary series", it will be shown over three consecutive nights next week in a change to its scheduled programmes.

The documentary series tells how a farmer’s son from Derrylin on the Fermanagh/Cavan border managed to build an empire from the limestone and shale-filled ground on which he was raised.

It charts the dramatic expansion of the Quinn empire, from manufacturing to hospitality, property and insurance and details how Mr Quinn became a ‘chieftain’ to his native region on the border - injecting employment, wealth and hope into a community which in part, remains fiercely loyal to him today.

It will tell how, over the course of his career, he "managed to go from school drop-out to the richest man in Ireland…only to lose it all".

Seán Quinn: I want to give my version of events around fallout with former friends and colleagues

It also looks back on how Mr Quinn tied his fortune and that of his businesses to the fate of Anglo-Irish Bank, making big bets on the bank’s share price as it tumbled to disaster.

The state was forced to move in and begin the process of taking control of Quinn’s businesses, which was followed by protracted legal battles, a campaign of intimidation and violence and a brutal attack on one of his former employees.

RTÉ says the series details the latest developments in the legal battles between the Quinn family and the state, the changing relationship between the businessman and his former colleagues and the campaign of intimidation against companies formerly owned by Mr Quinn, culminating in the horrific attack in 2019 on his former right-hand man, Kevin Lunney.

Told mainly in Mr Quinn’s own words, this series "reveals an enigmatic and divisive character; someone who amassed an unimaginable fortune and then watched it disappear".

"It is a story about money and power, what it takes to amass them, and the battle to keep hold of them," said RTÉ.

Made by Fine Point Films for RTÉ, Quinn Country is produced and directed by Trevor Birney and produced by Andrew Tully. It is on RTÉ One on Monday, Tuesday and Wednesday at 9.35pm and on RTÉ Player. 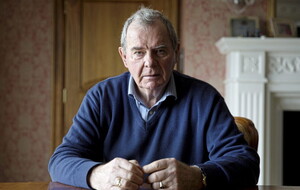