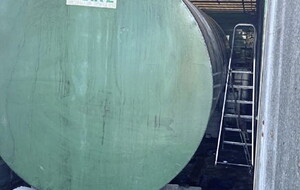 A search was carried out of commercial premises in Corragarry, Broomfield in Co Monaghan

A MAN in his seventies has been interviewed as part of a major investigation into fuel laundering in Co Monaghan.

It came after a search of a commercial premises in Corragarry, Broomfield by Revenue officers, with the assistance of the armed support unit of An Garda Síochána.

A 40ft trailer, which Revenue said acted as a mobile laundry and contained oil laundering apparatus and a HGV with a 40ft tanker involved in the fuel laundering process were seized during the operation.

A Revenue spokesperson said: "The illicit trade in mineral oil products, and particularly the laundering of marked mineral oil, is a serious threat to the Exchequer.

"In addition to the loss to the Exchequer, oil laundering undermines the competitiveness of legitimate businesses, damages the environment, damages consumers' vehicles and helps to sustain organised criminal networks.