First strike dates by nurses confirmed for December 15 and 20 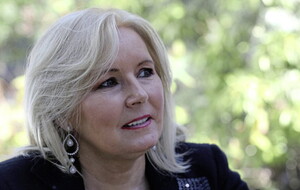 Pat Cullen from the RCN. Picture by Hugh Russell

THE first strike dates by nurses in Northern Ireland have been confirmed amid a continuing dispute over pay and conditions.

The Royal College of Nursing (RCN) said the strike action will take place on December 15 and 20.

It also said it will announce next week which particular NHS employers will see action after formal notifications are submitted. The action could essentially see all but emergency services impacted as part of the largest ever walk-out by nurses across the UK.

The RCN said confirmation of the strike dates come after the UK government turned down the RCN’s offer of formal, detailed negotiations as an alternative to strike action.

Earlier this month, the RCN announced that nursing staff at the majority of NHS employers across the UK, including Northern Ireland, had voted to take strike action over pay and patient safety.

It was the first statutory ballot on industrial action across the UK in the 106-year history of the RCN.

Despite this year's pay award, experienced nurses are worse off by 20 per cent in real terms due to successive below-inflation awards since 2010.

In Northern Ireland, nurses have yet to receive a formal pay offer for 2022/23 due to the absence of a functioning executive.

Pat Cullen, RCN general secretary and chief executive, said: "Ministers have had more than two weeks since we confirmed that our members felt such injustice that they would strike for the first time.

"My offer of formal negotiations was declined and instead ministers have chosen strike action. They have the power and the means to stop this by opening serious talks that address our dispute.

"Nursing staff have had enough of being taken for granted, enough of low pay and unsafe staffing levels, enough of not being able to give our patients the care they deserve."

The strikes will happen across Northern Ireland, England and Wales, while in Scotland, the RCN has paused announcing strike action after the government reopened NHS pay negotiations.

The RCN also said the economic argument for paying nursing staff fairly "is clear when billions of pounds is being spent on agency staff to plug workforce gaps".

It also said that independent research it had commissioned has shown that the UK Exchequer would recoup 81 per cent of the initial outlay of a significant pay rise in terms of higher tax receipts and savings on future recruitment and retention costs.

It added that in the last year, 25,000 nursing staff around the UK left the Nursing and Midwifery Council register.