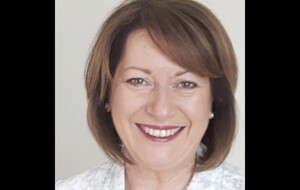 The Together UK Foundation, launched in September in Belfast and subsequently in London earlier this week at private events, is planning a 'What has the United Kingdom ever done for me?' women's conference on January 23.

The venue for the conference, which will feature an address by the former DUP leader and as-yet unknown guest speaker, has not been confirmed.

Together UK's website describes the new group as a "not-for-profit, non-party political organisation with an all-female board of trustees".

The group's chief executive is Andrew Grocock, who according to Together UK's website has been "immersed in Northern Ireland culture for over 30 years", while its patrons are Lady Jane Grosvenor, the daughter of Lieutenant-Colonel Grosvenor, the former High Sheriff of Co Fermanagh, and Jeff Edwards, the High Sheriff of Mid Glamorgan.

In a series of social media posts to coincide with Wednesday night's event in Kensington, Dame Arlene said the foundation wanted to be a "key partner in that generational renewal of the United Kingdom".

"The foundation wants to communicate the UK's everyday benefits every day consistently and persistently – the everyday is easily overlooked or taken for granted."

She said its aims would be "pursued in common with many other groups, parties and individuals".

"This pan-UK movement and work must be driven by openness and our common belief and commitment," she said.

"Opinions may vary in the means to achieve those but what equally unites us is that separatism in whatever form is not the answer."

In October, Belfast-based PR consultant Ms Davidson told The Irish News that the group was a "broad church" that would be promoting the advantages of the union across the UK, rather than solely in the north.

A Catholic from north Belfast who attended Our Lady of Mercy Girls' School in Ballysillan, Ms Davidson was due to stand as a candidate for Ulster Conservatives and Unionists - New Force (Ucunf) in the 2010 general election but withdrew her nomination in protest at a potential deal between the Ulster Unionists and DUP.

She said the new group did not want to "evangelise" but would be seeking to ensure there was an "informed debate" about the potential for constitutional change, whether in Northern Ireland, Scotland or Wales.