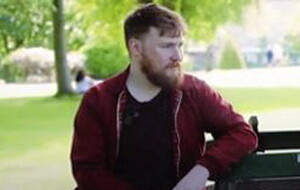 AN EAST Belfast Protestant who was due to speak at last night's Ireland Future event pulled out at the eleventh hour following revelations about social media posts.

Andrew Clarke, a former Royal Belfast Academical Institution pupil who spoke at the civic nationalist group's 3Arena event in October, was due to address the Ulster Hall capacity audience on 'Better prospects for our young.'

The Queen's University history student has previously been described by Ireland's Future as a "cultural unionist".

However, he withdrew from the line-up of last night's event shortly before the News Letter published an extensive report about the 26-year-old's recent posts on Twitter.

In the posts Mr Clarke used an expletive to describe DUP voters, whom he also labelled "bigots" and referred to the Orange Order as a “putrid shower of dangers”.

Mr Clarke also questioned the commemoration of Queen's lecturer Edgar Graham, who was shot dead by the IRA in 1983 and congratulated the 'anti-fascist' response to a far-right political conference at the Lough Erne hotel in Fermanagh.

In other posts, Mr Clarke said he "wouldn't be that unhappy" if Sinn Féin bullied Dublin newspaper columnists into silence through legal threats, adding that "these weird people will be studied and written about as a bizarre quirk of partitionism."

Ahead of the October event, Mr Clarke told the Irish Times: “I couldn't find a space for what I believed in within unionism.

"Progressive issues, same sex marriage, abortion rights, those are things that are very important to me, and I saw the DUP was the largest voice in unionism and they were vehemently against the things I believed in."