British government accused of creating a 'crisis of opportunity' for students 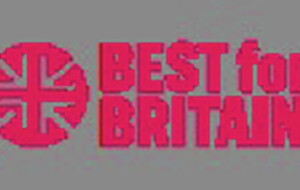 Best for Britain, a campaign group, has published new analysis of hardship faced by students

Campaigners claim the British government has created a "crisis of opportunity" for students due to its management of the economy and Brexit.

Students in Northern have since by far the sharpest real term drop in income over the last four years, over £1,000, double the UK average, according to a new analysis of the maximum maintenance funds available.

Figures published by the campaign group Best for Britain show that on average the poorest students across the UK have seen an average cut in real terms of £512.57 to available annual funding or 6 per cent. But students here have faced the sharpest decrease, 17 per cent in real terms.

"The shortfall compounds the myriad of other financial pressures facing students following Brexit and years of Conservative economic policy," the group said. The University and College Union was involved in the study.

"By ignoring the problem, the government will derail thousands of young people from reaching their full potential. Education should not just be for those with wealthy parents." Ms Smith said.

“Not happy with removing their access to Erasmus and freedom of movement, the government’s economic mismanagement has created a crisis of opportunity for young people in the UK.”

The National Union of Students reported 11 per cent of students were already using food banks early in the term. Some universities, including Queen's, have promised hardship money to be paid out in January to both students and staff.