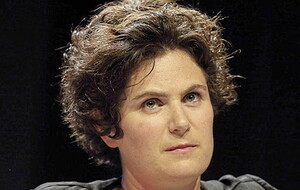 A FRESH assembly election will take place before Christmas unless the Stormont executive is restored within ten days, the secretary of state has warned.

Chris Heaton-Harris said he would call the second poll in little over seven months if devolution is not re-established by "one minute past midnight on the 28th of October".

Pressed on potential dates, he said it would fall on December 8 or 15.

The DUP is continuing to block the restoration of an executive by refusing to nominate a deputy first minister, due to its concerns around the Northern Ireland Protocol.

A resolution to the impasse ahead of next week's deadline was always unlikely but the current turmoil in Downing Street makes any agreement between the EU and UK remote in the medium term.

So, if the DUP sticks to pledge not to reboot Executive until protocol is resolved; and the SOS calls an election next week because October 28 deadline has passed; and the DUP gives manifesto pledge not to budge; and DUP is still largest unionist party; wtf happens then?

Talk of impending election comes as the Alliance Party today calls for the assembly to be recalled. Its motion, which requires 30 signatures to succeed, also calls for reform of the rules to ensure "no single party can collapse the institutions again".

Meanwhile, the SDLP has called on the embattled Tory administration to call a general election.

South Belfast MP Claire Hanna told The Irish News that with or without Liz Truss, the Conservatives "remain a serious threat to good government and specifically to the interests of people in Northern Ireland".

"After years of disruption caused by the Conservatives, and with no executive, no programme for government, an alarming economic outlook and degraded public services, we need political leaders with moral fortitude and integrity," she said.

Analysis: Rather than basking on the sunny uplands we are entrenched in a quagmire