Analysis: Rather than basking on the sunny uplands we are entrenched in a quagmire 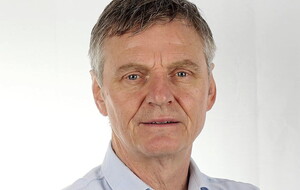 IF you don't feel a little sorry for Liz Truss, it's likely you have a heart of stone – the sort of unfeeling, self-obsessed individual who would probably feel right at home on the Tory front bench.

The British prime minister – at least at the time of writing – has enjoyed an eventful tenure but it's one many believe will be the shortest ever, competing with our own Edwin Poots for a place in the record books.

She insists she'll lead the Conservatives into the next general election, a prospect that likely makes Keir Starmer drool but one that seems extremely far fetched, delusional even.

Following the upheaval of Friday's sacking of Kwasi Kwarteng, his successor Jeremy Hunt's statements to calm the markets on Monday, followed by that bizarre afternoon in the House of Commons, yesterday was a rather uneventful day politically.

But don't be fooled by the absence of further public criticism and cynical manoeuvrings. This remains the greatest crisis to beset the Tories for more than a quarter of a century. It will not be resolved by a sticking plaster solution and could potentially end up in civil war.

A YouGov poll published yesterday showed that just 10 per cent of the electorate have a favourable impression of the embattled Tory leader, while four out of five regard her negatively. Seemingly the only reason Ms Truss remains in post is that nobody can yet agree on her successor.

So, if the DUP sticks to pledge not to reboot Executive until protocol is resolved; and the SOS calls an election next week because October 28 deadline has passed; and the DUP gives manifesto pledge not to budge; and DUP is still largest unionist party; wtf happens then?

However, there are also serious consequences to this mess and arguably they'll not be felt anywhere greater than in Northern Ireland, a region in the midst of a cost-of-living crisis without a functioning government.

The immediate future of power-sharing – and potentially the long-term future also – rests on a positive outcome to the talks between the EU and UK, which resumed earlier this month after a prolonged hiatus.

Clearly there have been many downsides to Liz Truss's few weeks in No 10 but in a short time Secretary of State Chris Heaton-Harris and NIO Minister of State Steve Baker have helped repair Anglo-Irish relations.

Personal relationships have helped inmeasurably to mend the rift widened over recent months by contentious Westminster legislation but the atmosphere around engagement has been much more positive.

Yet this new-found bonhomie could all be in vain as we enter another period of uncertainty. Brussels appeared eager to accommodate a compromise but will be reluctant to strike a deal with a lame duck administration, whose authority is already shot.

Throw in the potential of not one but two elections in the coming weeks, along with all the attendant toxicity polls bring, and the recent upbeat mood music sounds more like Chopin's Funeral March by the day.

It's perhaps unfair to rub salt in the wounds but it's worth reminding both the Tories and the DUP that their current ills all stem from Brexit.

Rather than the basking on the promised sunny uplands, we are instead entrenched in a quagmire with little prospect of salvation. Liz Truss could be gone in the morning but that will likely just present a fresh set of problems.