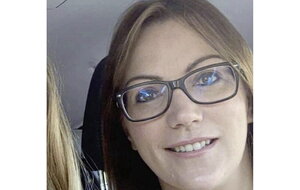 MOBILE phones belonging to a DUP councillor and a former election agent have been seized by police.

It is understood devices belonging to Causeway Coast and Glens councillor George Duddy and his former election agent Leanne Abernethy were taken by detectives last week.

A third mobile phone has also been seized.

In a statement, a PSNI spokesman said that as part of an "ongoing investigation detectives seized mobile phones from three individuals" in the Ballymoney, Coleraine and Derry areas on Thursday and Friday of last week.

Police have yet to provide any further details about the nature of the probe.

He confirmed he has been contacted by police "on a number of issues pertaining to (the) council".

“During discussions on Thursday afternoon, the seizure of mobile phones was discussed - one belonged to a sitting DUP councillor," he said.

"The discussions centred around a number of issues, most notably council’s funding of the Covid Recovery Food and Essential Supplies Grant."

A former mayor in Coleraine, Mr Duddy was suspended from the council for three months in 2018 after an investigation by the Local Government Commissioner for Standards for attempting to circumvent rules on disclosure and declaration of interests in what was found to be a "serious breach" of the local government code of conduct.

Last year he was critical of the PSNI after officers asked unionists in Coleraine who were attaching a bannerette to a lamppost if they had the required paperwork from the Department for Infrastructure.

In 2015 the former Orange Order district master in Coleraine slammed the failed unionist "graduated response" to Parades Commission restrictions on a Twelfth march through the nationalist Ardoyne area of north Belfast.

In an interview with the Her Loyal Voice website last year, Ms Abernethy explained that she put her name forward for the 2019 local government elections but "was not picked".

She said however she had been the election agent for Mr Duddy.

"I am still a member of the DUP, but I will make my voice heard within them and in the public domain if the need arises," she said in the interview.

Mr Duddy, the DUP and Causeway Coast and Glens council were contacted yesterday for comment but did not respond.