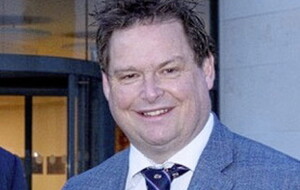 Tributes has been paid to former Ulster Unionist councillor and MLA Ken Robinson, who has died, aged 80.

Mr Robinson was elected to Newtownabbey Council in 1997. He became an MLA for East Antrim the following year, being re-elected on two occasions before retiring from Stormont in 2010.

Mark Cosgrove, the leader of the UUP group on Antrim & Newtownabbey Council, said all party members were deeply saddened to learn of their former colleague's passing.

He described Mr Robinson as a "very friendly and personable man" who was highly regarded by all parties and by the electorate.

"Ken had a previous career as a teacher and school principal, was a keen football fan, particularly of Glentoran FC, and was a member of the Orange Order," he said.