Solicitor denies stealing over £70K from estate of dead woman 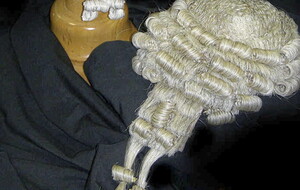 A SOLICITOR today denied a series of fraud allegations including stealing over £70,000 from the estate of a dead woman.

Appearing at Newry Crown Court by videolink from what appeared to be his home, 65-year-old Paul Downey entered not guilty pleas to each of the 14 charges against him.

Downey, from Mount Royal in Banbridge, faces one count of theft, four of false accounting and nine committing fraud by abuse of position.

As well as being charged with stealing £73,844 from the executors of the estate of Catherine Hayes, Downey is also charged with four counts of false accounting and nine counts of fraud by abusing the position he was in, all alleged to have been committed on various dates between 26 July 2013 and 4 April 2014.

None of the facts surrounding the allegations have been heard but the particulars of the fraud offences allege that Downey, from Mount Royal in Banbridge, wrote cheques to himself as well as transferring funds to himself and the office of Paul L Downey and Co while the false accounting offences allege that Downey “destroyed, defaced, concealed or falsified” cheque stubs.

Following the brief arraignment, prosecuting counsel Geraldine McCullough said the trial had been fixed for January 16 next year and adjourning the case to then, Judge Gordon Kerr KC granted a defence application to extend legal aid for a senior barrister to be instructed given what defence counsel Ronan Daly described as the “complex interrelation between the solicitor regulatory counts and the criminal counts on the indictment.”

Solicitor to stand trial on series of fraud allegations