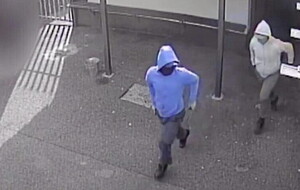 MURDER victim Sean Fox had voiced concerns for his personal safety in the months before he was shot dead in west Belfast.

The 42-year-old was gunned down by two gunmen in front of customers in the Donegal Celtic social club on Sunday afternoon.

Police last night said that 20 bullets had been fired at the victim describing the murder "as a calculated, planned, ruthless execution".

A £20,000 reward has been offered for information about his murder.

Police say Mr Fox was a regular visitor to the social club.

He was shot multiple times by both gunmen who at one point stood over the victim as he fell to the floor.

They are believed to have made their escape on foot along Suffolk Road.

While it is not known who was responsible for the murder it had all the hallmarks of a well organised hit.

Mr Fox has been linked to the drugs trade and was a close associate of Jim Donegan, who was shot dead in west Belfast in December 2018.

The PSNI later said they believed both the INLA and Óglaigh na hÉireann (ONH) were involved in the shooting.

Neither group has claimed responsibility.

It has now emerged Mr Fox raised concerns with Community Restorative Justice (CRJ) twice in the past 18 months.

The organisation often helps mediate on behalf of people under paramilitary threat.

It is understood Mr Fox approached CRJ over fears that he had been identified as being linked to the drugs trade.

It is believed however that he asked CRJ not to contact any armed groups on his behalf.

A spokesman for CRJ last night said their thoughts were with the Fox family adding:

“We advised Sean to be mindful of his safety."

The PSNI last night released CCTV images of two people who carried out the killing.

Both men, who are hooded and masked, are shown walking calmly through the gates of the social club before entering the building.

The pair are then seen running from the area as they made their escape.

Police say the gunmen arrived, carried out the murder and left the club in under a minute.

Detective Superintendent Eamonn Corrigan said at a press conference yesterday that the gunmen were inside the premises for around 21 seconds.

"This is a popular local club used widely by local families with young children,” he said.

"The gunmen fired 20 bullets and we have identified multiple strike marks.

"Anyone in that room, or indeed nearby, could have been killed or seriously injured on Sunday.

"This cold-blooded act has taken a man's life. It has left a family bereft and many others in the local community shocked.

"This barbaric act has no place in society."

Mr Fox ran a car sales business and it has been claimed provided finance to those with no credit rating.

Advertisements on a Facebook page operated by Mr Fox headed 'Rent to own cars' confirm that no credit checks were carried out and after a deposit was put down motors were paid off in weekly instalments.