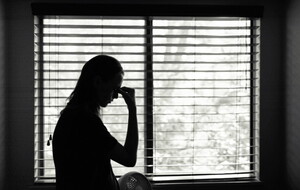 Domestic abuse victims will be offered CCTV cameras for protection

Victims of domestic abuse at high risk of being confronted or attacked will be offered new security technology under a partnership between the PSNI and a local council.

CCTV cameras will be fitted with funding from the Derry City and Strabane Policing and Community Safety Partnership (PCSP).

According to latest figures, there were 2,388 domestic abuse crimes recorded in the council area over the year to the end of June.

Inspector Moyne said: "Having these cameras will also allow us to capture vital evidence, which is crucial as we pursue offenders and work to bring them before the Court.

"Behind every one of these statistics is a victim subjected to a harrowing form of abuse. Domestic abuse, stalking and harassment are serious and terrifying crimes. This equipment can be used to reduce some of the risks involved and we are extremely grateful to the PCSP for securing these cameras we believe will make a difference."

The Chair of Derry City and Strabane PCSP Alderman Darren Guy added: “ While we are delighted that victims and survivors of domestic abuse have the confidence to report these incidents to police, we are acutely aware of the devastating impact that this terrible crime has on victims and their children."