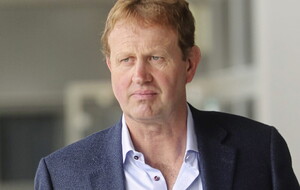 MARY Lou McDonald has urged political parties who are staying away from today's Ireland's Future event in Dublin to join the conversation about "what a new Ireland will look like".

In what many will interpret as a sideswipe at the Alliance Party, the Sinn Féin leader said "politicians burying their head in the sand helps no-one".

The Irish News revealed earlier this week that Naomi Long's party had declined an invitation to what is thought to be the biggest event of its kind in living memory, describing today's gathering as a "rally to endorse a united Ireland".

Mrs McDonald and her deputy leader Michelle O'Neill will be among more than two dozen politicians and public figures speaking at the 3Arena.

She will be joined by, among others, SDLP leader Colum Eastwood, Táinaste Leo Varadkar and Fianna Fáil TD Jim O’Callaghan.

Speaking ahead of the Together We Can event, Mrs McDonald said there was a "growing, vibrant conversation" taking place across Ireland "about the opportunities that a new Ireland would bring".

"It is clear that Ireland has changed and is changing," she said.

"It is important to plan for constitutional change and to discuss the detail of what a new Ireland will look like."

The Dublin Central TD urged those who so far avoided discussions about constitutional change to get involved.

"Politicians burying their head in the sand helps no-one," she said.

"The responsible thing is to have the conversations now about what society can look like, from our health system, to education and policing."

The Sinn Féin president repeated her call for the Irish government to establish a citizen’s assembly to "begin preparations for a future unity referendum".

"It is a very welcome and positive step that these discussions are taking place at this Ireland's Future event, as a place for diverse, respectful and inclusive dialogue," she said.

"I am looking forward to hearing a broad range of views and perspectives during these discussions – the future of a new Ireland belongs to us all and everyone’s voice is important as this dialogue progresses and continues."

Mr O'Callaghan, one of the main contenders to succeed Micheál Martin as leader of Fianna Fáil, is expected to outline the principles on which he believes a united Ireland should be based.

These would include safeguards that people of all religions and ethnicities would be treated equally before the law and that cultural identity would be defended.

“Irish history both before and after partition is littered with examples of discrimination against religions," he said.

"A united Ireland will guarantee that all religions would be respected, and the practice or non-practice of religion would be vindicated by the state."

The Dublin Bay South TD will re-state his view that Stormont should be maintained in a 32-county republic and would be a "house of legislature that will continue to make laws".

Meanwhile, Sammy Wilson has said any unionists contemplating attending Together We Can should regard themselves as "patsies".

The East Antrim MP told the News Letter that some people with political affiliations beyond nationalism and republicanism may be attracted to the event.

"It’s the in-thing with the kind of leftie, progressive, liberal crowd to be supportive of a united Ireland," he said.

"For others, it’s because over the years of propaganda against unionists, they’re almost embarassed about their unionism, and I think that’s pathetic as well.

"For others, they wave in the wind. They’re weak people ... and rather than stand against them, they go with the crowd."