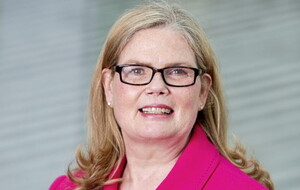 CANCER charities said they were "alarmed" by the latest figures which reveal waiting time targets in Northern Ireland have been missed again.

Statistics from the Department of Health show that the number of people waiting more than a month to start treatment is five times higher than a decade ago.

The figures also show that during the latest quarter, ending June 2022, just 38 per cent of patients started treatment within the target time of 62 days.

This compares to 35.2 per cent in May, 39.4 per cent in April and 54.2 per cent in June last year. The 62-day target includes time for tests to diagnose cancer including imaging, endoscopy and pathology tests.

All health trusts missed the target for the quarter.

Waiting times for the first definitive treatment following a decision to treat showed 87.9 per cent started within the 31-day target in June, compared with 85.8 per cent in May, 84.9 per cent in April and 93.4 per cent in June 2021.

Meanwhile, 58.2 per cent were first seen following an urgent referral for suspect breast cancer within the 14-day target in June.

Richard Spratt of Cancer Focus NI said "these delays can be devastating".

"Our politicians must know by now that delays to diagnosis and treatment make it more difficult to treat cancer successfully and we need to have governance in place," he said.

"The continued lack of an executive at Stormont exacerbates these delays. It has created uncertainty around the budgetary planning necessary to implement the new cancer strategy. Cancer Focus NI along with other organisations worked very hard to achieve the cancer strategy and are determined that it will be implemented on time and in full.

"The public is increasingly frustrated and demands an urgent commitment from all ministers to guarantee recurring funding to deliver the strategy’s recommendations immediately."

Margaret Carr from Cancer Research UK also said the figures "show that yet again, too many people are waiting too long for a test to find out if they have cancer".

"We know that delays with diagnosis and starting treatment may make it more difficult to treat cancer successfully," she said.

"It can be an anxious time waiting to find out if you have cancer and these delays can increase that anxiety. Cancer services in Northern Ireland have suffered from staff and equipment shortages for many years. These shortages, along with increased numbers of patients being sent for diagnostic tests after Covid, have made delays even worse. We need urgent action to address this."