Gold bangles worth more than £300,000 under the online hammer at Wilsons 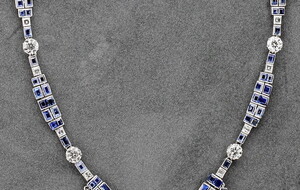 GOLD bangles seized by law enforcement and worth more than £300,000 will go under the hammer digitally during a two day online luxury auction.

The 22 carat bangles were seized by the National Crime Agency from a travelling trader accused of bypassing the UK's customs rules.

Newtownabbey-headquartered Wilsons Auctions are charged with managing their sale, to be split over 35 separate lots

The auction house said they “were seized from a supposed trader who was couriering them between the UK and Dubai”.

“Investigators from the National Crime Agency found that the trader was wrongly taking advantage of customs procedures and had done so on several previous occasions and concluded that he was merely acting as a courier and that his business was a sham,” the company added.

The courts ordered the forfeiture of the gold under the Proceeds of Crime Act after a lengthy legal battle.

Bidding opened yesterday and will continue until 11am on Friday.

Other items up for auction over the same period include a 1920's platinum-emerald-cut emerald cocktail ring with an estimated retail value of £250,000 and a Tiffany platinum baguette-cut sapphire & brilliant-cut diamond pendant necklace, also valued at £250,000.

Wilsons Auctions' Mark Woods, who manages government contracts, said: "We are proud to facilitate auctions on behalf of our government and law enforcement agency clients.

“We play an important role in realising a large quantity of assets on behalf of these clients and in recent years, these auctions have seen us responsible in returning £130 million back into the public purse.”

Conference dedicated to menopause and perimenopause to be held in Antrim