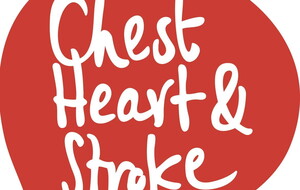 A CO Down woman has urged people to be aware of the dangers of undetected and untreated high blood pressure after she suffered a suspected silent heart attack.

Cathy McMullan from Bangor had not experienced any symptoms, but during a health check-up doctors found her blood pressure was "off the scale".

Tests later showed she had a "slightly leaky heart valve" and she had suffered a heart attack without knowing.

Around 280,317 people - or 15 per cent of the population in Northern Ireland - are living with high blood pressure with one in every eight not realising it.

One in two heart attacks and strokes are linked to undetected high blood pressure.

"I'd had a health check with NICHS through my work before and my blood pressure had never been high, but this time there were lots of red warning lights coming up throughout my well check, including my blood pressure," said Ms McMullan.

"I was a little overweight at the time, not getting enough exercise and relaxing with a drink most evenings."

She resolved to make changes to her life, and lost over a stone, but a subsequent health check indicated her blood pressure had risen.

"The top figure (systolic) was high but the bottom figure (diastolic) was off the scale," she said.

"It made no sense and it concerned me. It bothered me so much that I went to the open surgery at my GP the next day.

"I had an ECG, but instead of being told I was fine, I was kept there. The GP was called back in and started asking what I would call heart attack type questions.

"I hadn't experienced any noticeable symptoms such as chest pains; maybe a little indigestion but nothing noteworthy. However, the ECG results were indicating that I'd had a heart attack in the previous few weeks."

Ms McMullan was immediately put on medication and in hospital follow-up tests showed she had a slightly leaky heart valve.

"The doctors can't conclusively say whether I did or did not have a heart attack, but the leaky valve indicates that this is a possibility as that damage can be caused by a heart attack," she said.

"My message to everyone is to get checked. Know your blood pressure and your cholesterol.

"A doctor would not have picked me out as a likely candidate for a heart attack and yet look what happened. If it hadn't been for NICHS and having that health check, I might never have known."

Fidelma Carter from NICHS said: "Undetected high blood pressure is often known as 'the silent killer' due to the fact it rarely causes any physical symptoms or warning signs and is often only discovered after someone suffers a stroke or heart attack.

"The only way to know what your blood pressure is, and if it is high, is to have it measured and that is what we are urging the public to do this World Heart Day.

"A blood pressure check is simple and only takes a few minutes, but it really could help save your life."

Conference dedicated to menopause and perimenopause to be held in Antrim