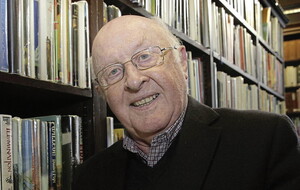 ALLIANCE has declined an invitation to take part in Ireland's Future's 'Together We Can' event, describing Saturday's gathering in Dublin as a "rally to endorse a united Ireland".

The party, which is the only non-unionist party in Ireland not to be represented at the 3Arena, told The Irish News that it was "not an appropriate event for us to participate in".

The move has been criticised by Ireland's Future board member Brian Feeney.

Ex-Alliance MLA Trevor Lunn, meanwhile, said he is not surprised by the decision but believes that ultimately his former colleagues will need to make a call on whether or not they advocate Irish unity.

Saturday's 'Together We Can' event is the largest Ireland's Future gathering to date, with numbers expected to far exceed those that attended the civic nationalist group's 'Beyond Brexit' at Belfast's Waterfront Hall in January 2019.

Tánaiste Leo Varadkar, Sinn Féin president Mary Lou McDonald and SDLP leader Colum Eastwood are among the politicians and public figures due to speak at the event.

Mr Feeney said the snub from Alliance was "wrong and a mistake" and claimed that it meant the party was "aligning itself with unionists who are sticking their fingers in their ears".

"Alliance didn't have to make a call on a united Ireland – they could have gone along on Saturday and set out their position," he said.

"There will be ten parties there and five party leaders – they don't all agree on what to do next. I think it does a disservice to Alliance supporters and voters because you can't be agnostic about the future, they'll have to take a position at some stage."

Mr Lunn, who has taken part in previous Ireland's Future events and will be travelling to Dublin on Saturday, said Alliance had a "long held position of neutrality on the constitutional question" and that he was not especially surprised that the party had declined the invitation.

"It's what I would expect and while I was with the party I would've respected that," he said.

"I do believe that when the time comes for a referendum they will have to declare themselves in some way."

The former-Lagan Valley MLA, who split from Alliance in 2021 due to "internal tensions", said there was a growing number of "people of unionist mindset" who were reevaluating their support for the constitutional status quo.

"They must be wondering what the hell's going on at the moment, following Brexit, Johnson and Truss – but you know things are definitely changing."

Ireland's Future CEO Gerry Carlile said Alliance was invited to send a speaker for the event at the same time as all the other political participants but declined.

"The invitation for Alliance representation remains open should it decide to attend," he said.

A statement from Alliance said the party "has and continues to engage in discussions around the future of these islands on a non-prejudicial basis, including a recent panel event for Ireland’s Future and through the Seanad Éireann consultation on the constitutional future of the island of Ireland".

"However, we felt the nature of this event – a rally to endorse a united Ireland – was not an appropriate event for us to participate in. This was explained to the organisers, who understood and respected our decision."