Violence against women will not be tolerated, says police chief 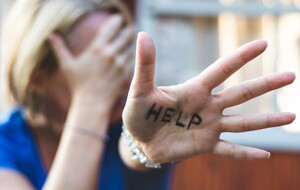 PSNI chief constable Simon Byrne has said the force is sending a message that violence against women and girls will not be tolerated as he launched its first action plan for policing the issue.

The police force said that women and girls are in Northern Ireland are disproportionately affected by violence, abuse and intimidation.

As he launched the PSNI’s first Tackling Violence against Women and Girls (VAWG) action plan, Mr Byrne said those who targeted women and girls would be “relentlessly pursued”.

The action plan is focused on prevention, early intervention, partnership working and enhanced support for victims.

Mr Byrne said: “We cannot ignore the lived experiences of so many female victims.

“Harassment, intimidation, violence and abuse is a violation of human dignity.

“We will be working to better recognise, understand, address and reduce the fear experienced by women and girls.

“We can and we will be pursuing those who seek to harm them, using every power available to us.”

He added: “Through our action plan we will also be focused on bettering our own culture and continuing to educate our officers and staff to understand the impact of unacceptable attitudes and behaviours, taking effective and appropriate action against those who may take advantage of their trusted position in society.”

National Police Coordinator for Violence against Women and Girls, deputy chief constable Maggie Blyth, said: “Violence against women and girls is a shameful stain on society.

“Too often women and girls do not feel safe at work, home, on the streets or online and perpetrators are the cause.

“I welcome the Police Service of Northern Ireland’s action plan which demonstrates their commitment to relentlessly pursue perpetrators, ensure women and girls are given safe routes to report and get support, and root out toxic misogyny in our own ranks and in society.

“Police are increasing the use of unique powers to bring perpetrators to justice, monitor offenders and disrupt their vile activities.

“Each action plan written is another crucial step towards achieving our mission to turn the tables so violent men feel under threat, and not women and girls.”

“The police taking this first step is welcomed by Women’s Aid but we are clear that we need a whole Northern Ireland approach to tackle VAWG in all its forms and look forward to local government taking the next step.

“Women’s Aid would like to acknowledge the partnership approach from the police service in developing this action plan.”

An independent advisory group will be set up to oversee the outcomes of the action plan.