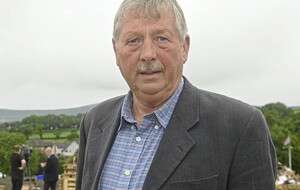 FINANCE Minister Conor Murphy has angrily condemned Sammy Wilson's claims about the funds available to Stormont to address the cost of living crisis.

The Sinn Féin minister's attack came as independent verification of assertions made last week by the DUP MP concluded they were "inaccurate with consideration".

Mr Murphy allegations against his one-time predecessor at the Department of Finance and the FactCheck NI verification relate to remarks made by Mr Wilson last week.

The East Antrim MP told last Radio Ulster's Talkback that £400 million left unallocated because of the absence of an executive was set to be used to cover spending by departments, rather than potentially being used to address the growing cost of living crisis.

"Indeed it is estimated that the deficit across government departments in Northern Ireland for this year is about £1.5 billion, and optimistically, £600m.”

However, FactCheck NI has scrutinised the DUP MP's claim and concluded that it "isn’t quite right".

The verifiers said there was around £270m of unallocated public money and that it will not be used to cover existing shortfalls – or anything else.

"Without an extraordinary intervention from Westminster, this money can only be spent by an executive," FactCheck NI said.

When Mr Murphy was asked about Mr Wilson's remarks yesterday on BBC's Sunday Politics, he accused the DUP of "spoofing".

"If we have budgets, money sitting in our accounts, that comes across as a Barnett consequential from London, it cannot be spent unless an executive takes the decision to spend it," he said.

The finance minister said the absence of an executive meant there were no monitoring rounds where unspent money could be reallocated.

"We don't have any of that because we haven't got an executive to take those decisions," he said.

"Sammy Wilson and other DUP members are fully aware of this."

"Sinn Féin is all over the place and unable to make up their mind what the best answer is," he said.

"They are more focused on attacking the DUP than they are on working for meaningful solutions."