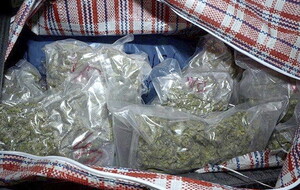 TWO further arrests have been made in connection with the seizure of drugs worth £1.25m in Larne last December.

A 41-year-old man was arrested in Belfast and a 22-year-old in Bradford, West Yorkshire on suspicion of conspiracy to supply in an operation led by the PSNI's Organised Crime Unit.

The arrests are linked to the seizure of drugs at Larne Port where 30 kilos of herbal cannabis, seven kilos of cocaine and five kilos of ketamine were discovered. A 60-year-old appeared in court at the time charged with possession with intent to supply.