John Manley Analysis: Census figures show it's all to play for 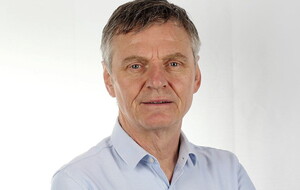 THE pre-emptive statement earlier this week from the DUP spoke volumes. Gregory Campbell warned the public to be wary of “writers and some politicians making ill-informed comments about the religious breakdown and what it might mean politically”.

In his own inimitable, overstated manner the East Derry MP was preparing the ground for change on a seismic scale.

The trend has been gradual but when compared to the results a decade previous, the statistical picture is stark – people identifying as Catholic now outnumber their Protestant counterparts.

Religious affiliation is a crude measurement, especially in an increasingly secularised society, nevertheless, the symbolism of 45.7 per cent Catholic to 43.48 per cent Protestant won't be lost on anyone with even a cursory knowledge of the region's history.

In the first post-partition census of 1926, Presbyterians, Anglicans and Methodists together outnumbered Catholics by two-to-one but across almost a century, a variety of conditions have conspired to alter this artificially engineered ratio.

The in-built majority has gone, losing ground to a growing Catholic population, while equally many of those who would've described themselves as Protestant have eschewed the label.

The statistics also show a significant increase since 2011 in the number of people who identify as Irish, some 554,400 in a population of 1.9m, while the number who describe themselves as British has declined by 16 per cent in a decade to 606,300 – a gap between the two cohorts of little over 50,000.

The number of people identifying as ‘Northern Irish only’ is broadly static at 379,300, a slightly surprising statistic that appears not to reflect the growth in the north's political middle ground.

The increase in the number of people holding Irish passports, while significant, is generally regarded as a consequence of Brexit and a subsequent degree of personal pragmatism.

It's no secret that even the most hardened unionists will happily brandish their Irish/EU passport if it means shorter queues and less hassle. But the figures overall show a society that is increasingly diverse and one where the once-dominant ideology will never be in the ascendancy again.

The reasons for this shift in demographics are manifold, ranging from the tendency of Protestants to leave the north to attend university in Britain to Catholic teaching on contraception.

However, political unionism and its allies in the Orange Order and fundamentalist churches must bear much of the responsibility.

In blinkered tandem they alienated those who are by default pro-union but cannot relate to the zealotry and supremacism that form much of unionist ideology – an ideology still synonymous with Protestantism.

To a great extent the IRA's campaign removed the need for introspection, but when the violence stopped unionist politicians continued – and continue – to seek out the bogeyman.

They say they want to sell the benefits of free healthcare and being part of one of the world's biggest economies yet the issues that continually get them exercised are flags and the indigenous language – stuff that can be celebrated elsewhere in the UK without a corresponding diminution in people's sense of Britishness.

The ill-fated NI21 and more recently Ulster Unionist leader Doug Beattie have shown glimpses of a more measured, less identity obsessed unionism yet this approach has gained only limited traction. Meanwhile, the folly of Brexit has no doubt given impetus to those disillusioned by the traditional unionist message, with its exclusionary overtones.

But where does the Census 2021 leave nationalism and the unity project? Despite the heavy symbolism and a degree of triumphalism to mark a day that many have waited a long time for, it's important to remember that the census is a statistical snapshot that reflects reality rather than influencing it.

The prospects for constitutional change today are the same as they were before the census results were published. Nevertheless, for those advocating a border poll, the official figures will be a bonus, indicating a trend that is one day likely to deliver a demographic tipping point. Yet that alone is not enough.

The underlying demographic dynamic needs to be accompanied by a strategy that looks beyond the current political paradigm. The latest census shows that attitudes, like identity, can change, albeit slowly.

If the corresponding survey in 2031 is to show overwhelming support for constitutional change then the appeal of a united Ireland needs to extend beyond those who identify as Catholic. Rather than securing the status quo, the census shows that it's all to play for.