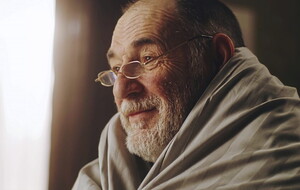 In an open letter, they say that households are being 'pummelled by spiralling living costs'

MORE than 100 charity leaders, community activists and academics have called for the restoration of the Stormont executive to deal with the cost of living crisis.

In an open letter, they say that households are being "pummelled by spiralling living costs" and that "political inaction in the face of such a devastating crisis is simply not an option".

They say that the executive should be formed immediately to protect people from the escalating crisis. The letter has been signed by representatives of some of Northern Ireland’s largest charities, women’s groups, food bank providers and carer organisations.

"The crippling cost of living is pushing people in Northern Ireland into making increasingly desperate decisions to survive week-to-week." they wrote.

"We are aware of heartbreaking stories of people skipping meals, turning off their heating, sitting in the dark with no electricity and making their own sanitary products because they simply can’t afford to get by any other way.

"And these experiences only scratch the surface of what the cost of living crisis is doing to women, men, children, parents, older people, young people, disabled people, unpaid carers, ethnic minorities and many more in every corner of Northern Ireland.

"The impact that this is having on people’s physical and mental health and wellbeing is severe. The much-discussed 'heat or eat' dilemma has almost become irrelevant, because many households in Northern Ireland will go to bed this winter both cold and hungry."

The letter also warns that the situation will only get worse in the coming months, with research suggesting that over 70 per cent of households in the north will struggle to afford their heating bills by the beginning of next year.

It calls for the formation of a new executive to "set a multi-year budget and introduce solutions to help local people who are struggling to meet the growing cost of heating, food and other essentials".