Businesses will receive support from start of October, Rees-Mogg insists 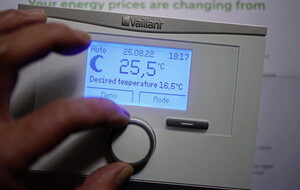 SUPPORT: The UK Government has announced a package of measures for businesses hurting from the pain of soaring energy bills

BUSINESSES will receive support with their energy costs from the start of October, the UK government is insisting.

There remain fears however that small and medium-sized enterprises in Northern Ireland may be forced to wait for the introduction of legislation.

In an exchange in the House of Commons, Mr Paisley asked Business Secretary Jacob Rees-Mogg: “So I am wondering if he can now commit to an emergency instrument or provision before December of this year?”

Mr Rees-Mogg replied: “The intention is that we should introduce legislation in October, and pass it by the end of October, and that it should take effect from October 1.

“That is the broad timeframe and I hope that the House will co-operate with that timetable because obviously that is necessary for expedited legislation.”

The business secretary said there would be further support covering part of the energy costs of business, charities, schools and hospitals after April 1, but it will be more targeted following a review after three months.

“This is so important for Northern Ireland,” Ms Forsythe said after the APG met for the first time on Wednesday.

Enterprise NI, working with the group, is warning small businesses face financial ruin without significant and substantial government intervention and not just with energy costs.

"As well as the cost-of-doing-business crisis, there remains a looming cliff edge over previous EU funding which has been so important in fostering enterprise in Northern Ireland,” said Michael McQuillan, Chief Executive, Enterprise NI.

Enterprise NI said the UK Shared Prosperity Fund is not as substantial as previous EU funding and warned that "enterprise and local entrepreneurship will be among the hardest-hit casualties if it is not distributed effectively".

"In the absence of the local political institutions and inflationary pressures on businesses like never before, bodies like these are crucial in bringing together our MLAs to hear the concerns of business and find solutions," Mr Stewart added.