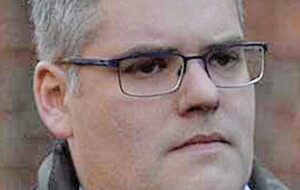 DUP MP Gavin Robinson has said the EU must change its stance on negotiating the protocol. Picture by Mark Marlow

The prime minister and European Commission president spoke at a United Nations summit in New York on Thursday.

Ms Truss will go on to meet Joe Biden at the UN General Assembly, with the White House saying he will urge her to find a negotiated solution to the protocol row with the EU.

She is pushing ahead with the controversial Northern Ireland Protocol Bill which the EU and other critics say will breach international law by suspending elements of the agreement.

There have also been suggestions she could unilaterally trigger Article 16 of the protocol, to override parts of the agreement brokered as part of the Brexit divorce deal.

Ms von der Leyen tweeted that it was a "good discussion" with Ms Truss on "EU-UK relations and Russia's invasion of Ukraine".

Ms Truss had declined to discuss the protocol with France's Emmanuel Macron a day earlier. But US national security adviser Jake Sullivan made it clear President Biden will discuss it "in some detail" with Ms Truss.

Mr Sullivan told reporters the president "will encourage the UK and the European Union to work out an effective outcome that ensures there is no threat to the fundamental principles of the Good Friday Agreement". He accepted Ms Truss's prediction that a comprehensive US-UK trade deal, which Brexit supporters touted as a major prize of leaving the EU, is years away.

Meanwhile, calls by President Biden for the UK to re-negotiate over the protocol are futile without a change in stance from the EU, the DUP has warned.

Legislation to override parts of the protocol is going through Westminster. The DUP will not nominate ministers to a new Stormont executive without changes to the protocol, which has placed a trade border down the Irish Sea.

East Belfast MP Gavin Robinson said: "Unless the EU change their negotiating mandate to permit their negotiators to address the concerns of unionists, further negotiations would be a merry-go-round.

"We operate powersharing in Northern Ireland, not majority rule. Not one unionist MLA supports the protocol. We have had an election and unionist voters gave us a mandate to replace the protocol with arrangements which restore our place in the United Kingdom."

Mr Robinson claimed the protocol - which was agreed by the UK and EU in the 2019 Brexit Withdrawal Agreement - "endangers jobs" and "drives up costs for customers".

He added: "If president Biden’s administration believes they can have powersharing institutions without unionist support, then they are mistaken. We need the protocol replaced rather than more talks with no product."