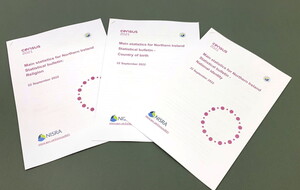 The NI Census 2021 figures which have been published today. Picture date: Thursday September 22, 2022.

Catholics outnumber Protestants in Northern Ireland for the first time since the partition of the island, census figures show.

The Census 2021 figures, published on Thursday, show that 45.7% of the region’s population said they were either Catholic or brought up as a Catholic.

The figures for Protestants (and other Christian faiths) was 43.5% while 1.5% were from non-Christian religions.

Northern Ireland had a significant Protestant majority when it was established in 1921 as part of the partition of Ireland. 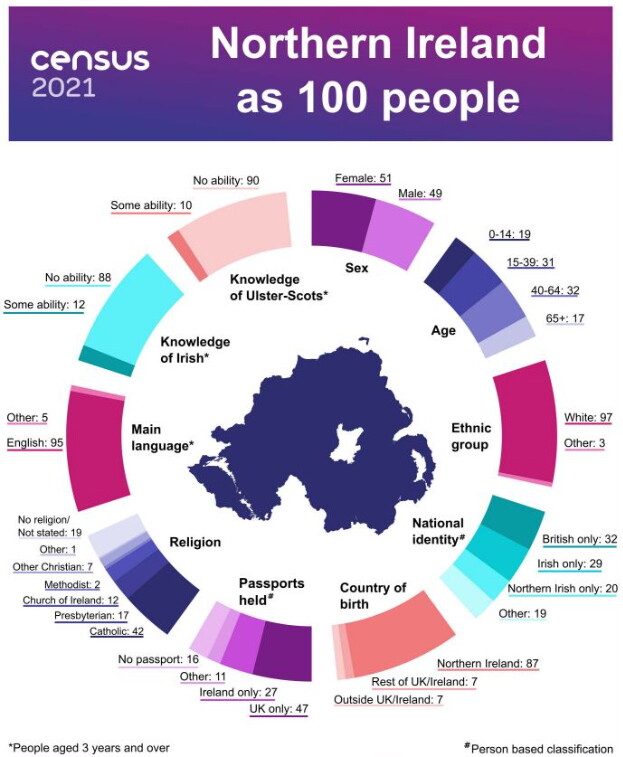 The last census, in 2011, recorded 48.4% of the population as being either Protestant or brought up Protestant, down almost five percentage points from 53.1% in 2001.

Brexit will undoubtedly have been one factor in that surge, with people seeking an Irish passport to retain EU rights lost when the UK left the bloc.

The census also included a question on people’s sense of national identity. This relates to the specific single identity or specific multiple identities people recorded in Census 2021.

The Census 2021 found that the largest person-specific national identities were:

The publication of the census traditionally prompts debate over what the figures may mean for the constitutional future of Northern Ireland.

Dr David Marshall, director of Census and population statistics at the NISRA, said the differing age profiles of the Protestant and Catholic communities in the region was key to understanding the shifting numbers.

“The religious demography of Northern Ireland in part is driven by age structures,” he said.

“There are other factors as well but those are the two key things.”

He added academic research following the 2011 census also found evidence of an increasing number of people who would have previously described themselves as Protestant choosing to identify as having no religion.

He said there was a “fair chance” that trend had continued and was also a contributory factor to the falling Protestant population recorded in the latest census.

SDLP leader Colum Eastwood said the census figures represented a "seminal moment" in the history of the island of Ireland.

"The census figures published today reveal that, by any measure, the constitution of the North has been transformed utterly 100 years on from partition.

"That is a moment of true change because it reflects a sustained period of lasting change.

"As we have built a more inclusive and diverse society, we have together shattered the bonds of an oppressive state which engrained discrimination against a Catholic minority in its every outworking for far too long.

"We are never going back to state-sponsored discrimination against any religious minority. I hope that all those who lived through decades of discrimination and who experienced the sharp end of that oppressive state are able to breathe a sigh of relief today.

"The significance of this transformation should not be downplayed or diminished out of fear or insincere politicking. I acknowledge that today's figures may generate feelings of insecurity for some.

"But it is my honest hope that we can all now take a moment of serious and sincere reflection about the scale of change we have experienced and commit to a conversation about the powerful potential for change in the future."

DUP MLA Philip Brett said the Census results should not be interpreted as a “mini-referendum” on the constitutional future of Northern Ireland.

“I don’t come from a traditional Protestant background but my support for the Union isn’t in question,” he told BBC Radio Ulster.

“So that read across that some people are trying to do, that because there’s a certain percentage of people who identify as one way or another that this somehow changes the constitutional trajectory of Northern Ireland, it simply isn’t the case.

“In 20 years, despite these religious changes that have taken place, we’ve seen the share of the vote for those who advocate for a united Ireland continue to fall.

“I think we need to avoid the lazy analysis that religious pattern or passport numbers in some way dictates the political reality that we’re in currently in Northern Ireland.”

The North Belfast representative added: “What most worries me is an attempt by some to try to use a census, which is meant to be used to base our public services over the next 10 years, as some sort of mini referendum on the position of Northern Ireland within the UK. That’s what concerns me the most in this.”

Commentator Alex Kane said while today's results may be "a blow for unionists", the "psychological damage has already been done".

"One of the biggest blows to unionism was the loss of the majority in the assembly in 2017 and the second blow came with the minority of MPs elected in Westminster," he said.

"My suspicions are that unionists will know what is coming, there has been a shift in the demographic in recent years, that is most apparent.

"Unionists need to look at those people in the middle, the aetheists and non-religious, and find a way to embrace the middle ground."

“Today‘s census results are another clear indication that historic change is happening across this island and of the diversity of society which enriches us all,” he said.

“There is no doubt change is under way and irreversible. How that change is shaped moving forward requires maturity to take the challenges which face our society.

“We can all be part of shaping a better future – new constitutional future and a new Ireland.

“But we must prepare for it. The Irish government should establish a citizens’ assembly to plan for the possibility of a unity referendum.

“A period of planning is critical. That planning, and dialogue, and engagement needs to happen now, and it must include people from all backgrounds and communities.

“The partition of Ireland has been a failure. We can build a better future together, for every person who lives on this island.”

Under the terms of the 1998 Good Friday Agreement peace deal, the constitutional status of Northern Ireland can be changed only with the consent of its population.

The incumbent Northern Ireland Secretary is obliged to call a referendum on Irish unity if he or she believes there has been a shift in public opinion that would indicate a majority in favour of constitutional change.

However, the 1998 peace accord provided no detail on what metrics or criteria should be relied upon to make this judgement call.

The figures on religion and national identity are part of the second round of data being published from Census 2021.

The first tranche of figures, published in May, related to population and household numbers.

It showed that Northern Ireland’s population had risen to a record high of more than 1.9 million.

The second release of figures will also include data on ethnicity, passports held, languages spoken and a range of other demographic statistics. 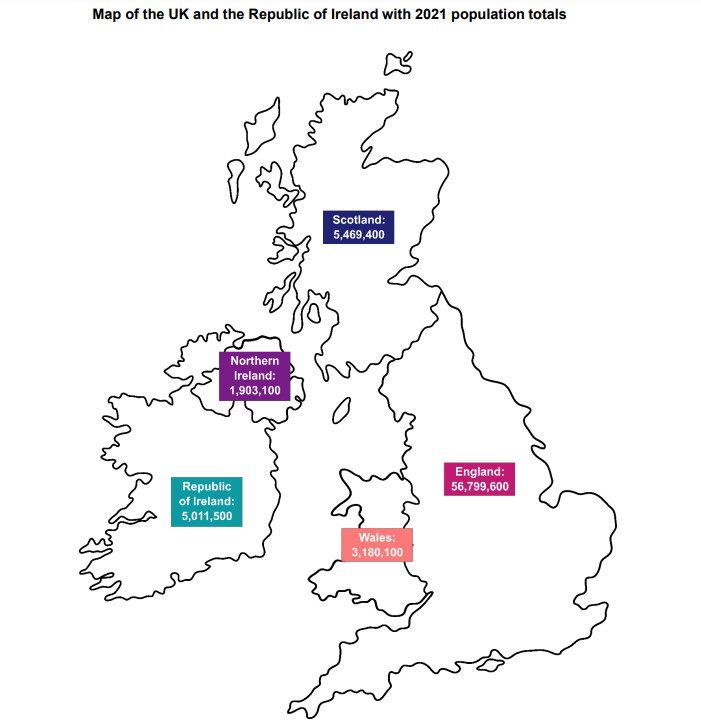 The figures published on Thursday also highlighted growing diversity within the population in Northern Ireland. 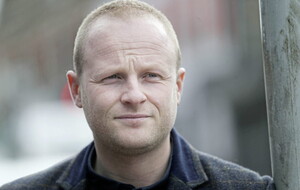 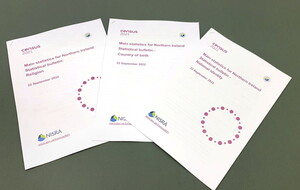 Prosecution of Soldier F for murder on Bloody Sunday to resume