Lawyers for a man accused of murdering his partner in west Belfast have asked for a second post-mortem examination to be carried out, a court has heard.

Chris Morelli, 31, was remanded in custody after appearing at Belfast Magistrates’ Court accused of the murder of Hollie Thomson in the Greenan area on Saturday.

The 28-year-old was found dead on Sunday.

During Wednesday’s remand hearing, a detective inspector told the court that the initial post-mortem examination showed Ms Thomson “died of suffocation with a fracture to cartilage in her neck”.

The officer told District Judge McGarrity that explanations offered by the accused as to how the injuries may have been caused had been rejected by the pathologist as “not possible”.

She said the pathologist had found that the injuries were caused by a third party.

A defence solicitor told the court that the accused’s legal team had taken the “unusual step” of instructing another pathologist to carry out a second post-mortem.

The solicitor, who made clear that his client denies the offence, insisted he had not encountered a case in 25 years which had involved a second post-mortem examination.

However, the police officer told the court she was aware of a “number of occasions” during her 23 years as a detective when two post-mortems had been carried out.

“A second post-mortem is not unusual in such cases,” she said.

Morelli, from Willowvale Avenue in Belfast, watched proceedings remotely from a police custody suite. He spoke only briefly at the outset to confirm he understood the charge he was facing.

Police objected to bail on the grounds of flight risk and potential for the accused to commit offences or interfere with the course of justice if released from custody.

The detective inspector said police believe an “object” involved in the commission of the offence remains outstanding.

She said police also have concerns for the accused’s safety if he is released as she told the court he had harmed himself “quite substantially” immediately after the alleged offence – injuries that required 24 hours of hospital treatment.

The officer said police believe he had also taken a drug overdose.

She told the court there are also likely to be “issues with the community” if he is released.

She said Morelli is estranged from his immediate family and is currently living with his 85-year-old grandmother.

However, the defence solicitor said the accused’s father and uncle are engaged with his office about the case.

He insisted there is an issue “about causation” as he highlighted that the police’s initial assessment upon discovering Ms Thomson’s body was that her death was not the result of violence.

The lawyer said his client is not a flight risk as he contended there could be suitable conditions imposed by the court to allow bail to be granted.

Judge McGarrity said he did not consider there were suitable bail conditions that could counter the risk of reoffending or interfering with justice.

He denied bail and remanded Morelli in custody.

The accused is due to appear before court again, via video-link, on October 12. 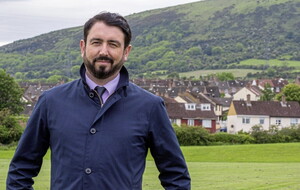