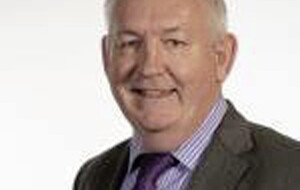 A PREGNANT woman has been forced to flee her Co Derry home after it was targeted by a loyalist gang in a sectarian attack.

The home of the young Protestant mother, whose partner is Catholic, was one of four attacked by masked men in the mainly unionist village of Culnady, near Maghera, on Wednesday night.

The victim, who is five-months pregnant, was later taken to hospital as a precaution.

Front living room windows in the houses were smashed and the doors of three homes damaged during the attack, which police believe was sectarian.

The windows of a car parked outside one of the properties were also broken.

The attackers made off on foot before getting into a white Vauxhall Cavalier and driving off towards Gulladuff.

Police say they are treating the attack "as a sectarian hate crime".

It is understood some of the families targeted are of mixed religion with one living in the area for more than a decade.

It is believed the majority of those singled out have vowed not to return.

Last night the pregnant victim, whose three-year-old son was asleep in the house, said she was shocked by the attack.

She explained that when the gang attacked her partner told her to hide as he made his way to the door.

She then made her way upstairs to protect her son and rang the PSNI.

The victim, who is originally from Ballymena, said she moved to Culnady for a better life.

"I grew up in a bad place and moved to a quiet village for peace and a safe family home and that is what it was until this happened," he said.

She explained how she is struggling to come to terms with what has happened.

"I don't want to believe it's because it's because I found a good man who is a good role model for my child and gave me a family home and being picked on for being happy in my life," she said.

She no longer feels safe in areas where loyalist paramilitaries have a presence.

"I don't feel safe in a community that has paramilitaries because they are picking on me for being happy with a Catholic man," she said.

The woman added that some of her neighbours have been "ever so nice" with one giving her money to buy toys for her child.

Mid Ulster Sinn Féin councillor Sean McPeake was present when the victim was preparing to leave her home on Saturday.

"The homes were carefully chosen by loyalist sectarian thugs because of the perceived religious background of the home owners," he said.

"It is totally appalling that at this time we have a situation where a number of parents and young children have been forced to leave their homes because of loyalist sectarian intimidation."

He challenged those responsible to explain their actions.

"I would call on the perpetrators to publicly justify their actions as there can be no excuses for it," he said.

"What happened was totally despicable and should be condemned outright.

"To watch a heavily pregnant mother pack her cherished belongings and leave her family because of sectarian intimidation is heart breaking."