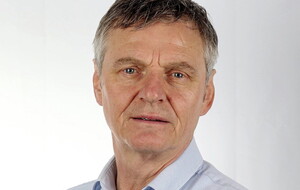 BY the time you read this I plan to be in Bilbao readying myself for some al fresco pintxos, washed down with a local Tempranillo.

What’s hoped to be memorable walking holiday the Basque Country – my wife and I’s first time abroad for three years – should have begun on Saturday.

However, Aer Lingus’s complete system meltdown ensured we spent a very long and unforgettable day at Dublin Airport’s Terminal 2, returning to Co Down late on Saturday night, physically and emotionally exhausted, vowing never again to go within a mile of an airport.

Dropped off at the terminal on Saturday morning, some two hours before our schedule 1pm flight, we joined a queue that was already snaking several hundred metres along the footpath outside and under the canopy at the bus stops, before doubling back on itself.

As we edged forward at a rate of approximately 50 metres an hour, thousands more were joining the queue, each line separated by newly unfurled red and white barricade tape.

The warm September sun meant that initially at least it wasn’t an entirely uncomfortable experience, with the mood among the throng of would-be holidaymakers friendly.

Information was scant. Apart from learning from airport ground staff that there’d been a system crash or such like, there was no communication from Aer Lingus, which clearly had no contingency plan in place for dealing with this scenario.

At around 1.30pm, word began to spread that all flights scheduled after 2pm had been cancelled.

As the crowds dispersed, things were in a terrible state of chassis as a handful of ground staff tried to deal with a deluge of questions from justifiably irate passengers.

The answers were often conflicting and vague but it was confirmed that all flights after 2pm had indeed been cancelled. Until specified otherwise, however, flight EI748 to Bilbao was still a possibility, so we waited… and waited… as passengers for destinations such as Lyon, Boston, Toulouse, New York and Paris were called and manually checked-in.

At around 7pm, close to giving up, we were told to drop our bags at check-in and within 10 minutes we were through security.

Excitedly hiking the half-mile to Terminal 1 and the gate specified on the boarding pass, we encountered up to two dozen confused travellers hoping to fly to Bilbao.

It quickly transpired the information on the boarding pass was wrong but there was no Aer Lingus staff anywhere to advise us. Much to our astonishment, a helpful security man then confirmed via a flight tracker app that EI748 had departed an hour earlier – before we’d been checked in – and was now 35,000 ft above northern France.

Frustrated, disappointed and knackered, we were told by airport staff that our case could be recovered from baggage reclaim, where it was found among several hundred others.

After a €17 taxi ride back to the long stay car park, it was then a two hour drive back home. A text arrived yesterday morning saying the flight had been reschedule for today at 5.55 am. Fingers crossed...