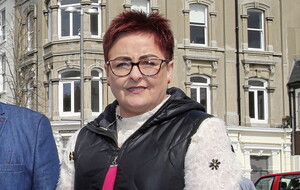 The family of a Catholic man shot dead by the British army more than 50 years ago has raised concerns about delays in deciding if there will be a new inquest.

Robert Anderson (25) was one of three Catholic men killed during the same incident in Newry in October 1971.

The others were Sean Ruddy (19) and Thomas James McLaughlin (27), a father-of-two.

The three men, who had been drinking in the same pub but were not together, were killed by British soldiers from the Light Infantry who were waiting for an IRA bomb team in Newry town centre.

It has been reported that as the men made their along a street close to the town's cathedral an attempt was made to steal cash as a drop off was being made at a bank night safe.

Mr Anderson's family say he was not involved in the attempted robbery.

A former British soldier, Mr Anderson came from a family with strong military ties and his brothers also served.

They say a 1972 inquest when considered alongside additional material failed to establish how Mr Anderson came by his death.

Under The Northern Ireland Troubles (Legacy and Reconciliation) Bill only inquests which have reached substantive hearing stage a year after the bill will be allowed while civil cases have been stopped.

Immunity from prosecution will also be offered in some circumstances.

“We want the court to examine what happened to Robert and why the British army shot him,” she said.

“We have been hoping for justice for over 50 years.

“We fear with this new legacy bill that Robert will never get justice.”

He said it is time for a decision to be reached.

“It's time for the three men shot dead on Hill Street in Newry to finally get justice,” he said.

The family's solicitor Gavin Booth, of Phoenix Law, said: “The attorney general now needs to grant our clients a fresh inquest so that they can finally learn the truth of what happened to Robert Anderson.”