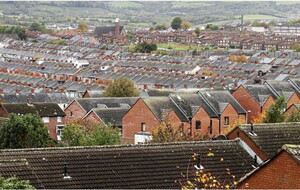 THREE firms charged with carrying out routine maintenance of thousands of Housing Executive properties will remain on the job, after a deal was agreed on the very last day of the contracts.

Housing Executive board members met yesterday and agreed to an increase in the price of the contracts after the companies threatened to stop work amid claims they were being crippled by rising material and labour costs.

The firms carry out maintenance work on approximately 50,000 executive-managed homes.

Members of the NIHE board held their monthly meeting yesterday, with the extension of the “response maintenance” contracts on the agenda. The contracts were due to end today but no agreement on the extension had been reached.

This dispute is separate from one over major planned works, including the replacement of kitchens, bathrooms, windows, doors and electrical rewiring, involving 13 companies. Ten companies have walked away from works, one is reportedly in administration while two others are still on the job, in South Down and North Down and Ards.

Concerns have been raised vital maintenance and repairs of houses will be delayed or not happen.

In addition, approximately 300 workers directly employed by the executive are to go on strike from next Monday.

Further details are emerging on what happened that led to the firms deciding to no longer be involved in major works. The contracts total £455m over seven years.

All the contractors met management in July after what is claimed by sources close to the firms were months during which there was little negotiation and few meetings.

The firms had complained they could not continue on to site work without a significant uplift from the contract award prices.

Management offered a maximum 15 per cent uplift, to be applied for after four months. The contractors objected both to the size of the extra amount and the delay, arguing they could not absorb the costs.

The NIHE has said it has worked with the contractors over the last two years to ensure services continue.

"However, the worldwide economic environment has created significant inflationary pressures, which has had a major impact on the construction industry, including the planned service we provide to our tenants,” an executive spokesperson said.

"We are proactively engaged in ongoing discussions with contractors regarding this matter and cannot comment further until these have concluded. This matter is a priority for us as it relates to essential services for tenants."

Foyle MLA Mark H. Durkan said there were “murmurs of discontent in recent months from contractors employed by NIHE to carry out maintenance works in properties throughout the north".

“I appreciate that a great deal of maintenance works were stalled during the pandemic creating a significant backlog. The subsequent exponential rise in the cost of materials and difficulty securing resources undoubtedly placed further pressures on contractors to deliver results.

“The knock-on effect this will have on Housing Executive tenants is cause for concern. Many older NIHE owned housing stock is in a state of disrepair and in very poor condition. From my own experience, constituents living in older NIHE properties repeatedly raise complaints around damp and energy inefficiency.

"In the current climate of increasing energy hikes, the potential impact this walk out will have on the delivery of promised retrofitting energy efficiency measures and in general property repairs, is seriously worrying."