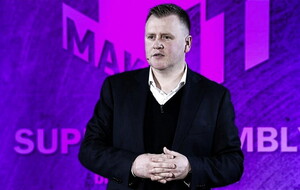 A NEW opinion poll shows majority support for a united Ireland among young people in the north.

The LucidTalk survey for the Sunday Times also shows increased support for Irish unity in 15 to 20 years among all voters, with the number wishing to maintain the status quo in the future diminishing.

When the pollsters asked people if they would support a united Ireland today or at some point in the future, 41 per cent said if there was a poll now they would vote “yes”, but a further 10 per cent said they “would or may” vote yes if a poll was held in 15 to 20 years’ time.

Some 48 per cent of those surveyed said they would vote for Northern Ireland to remain part of the United Kingdom if a referendum were held today, and 11 per cent did not know or were not sure.

However, in a referendum staged in 15 to 20 years’ time, support for remaining in the union drops to 44 per cent, with 4 per cent saying they did not know.

The poll found strong support for Irish unity among younger people, and a narrow majority in favour among Alliance supporters once the “don’t knows” were discounted.

More than half of 18 to 24-year-olds (57 per cent) said that they would vote for Irish unity in a poll today, compared with 35 per cent in favour of the status quo.

"Increasingly it looks likely that the referendum will deliver a change in our current constitutional status – the key for political decision makers and societal leaders now lies in preparation for the referendum and its result," he said.

"This is an opportunity for us to build something together that is world class, that will benefit our people in the here and now but perhaps more importantly will leave such a positive legacy for future generations."

Meanwhile, a separate poll show s that nearly seven in ten nationalist voters agree with Michelle O’Neill that there was “no alternative” to the IRA campaign.

In the LucidTalk poll for the Belfast Telegraph, 69 per cent of those in the nationalist and republican community believe “violent resistance to British rule during the Troubles” was the only option, with just 25 per cent disagreeing.

SDLP voters are the sole group strongly opposing the Sinn Féin narrative on the conflict; an overwhelming majority of People Before Profit and Aontú voters agree with it.

Three-quarters of young voters support Ms O’Neill’s position. Surprisingly, so too do almost six in 10 over-45s.

The poll shows growing polarisation with a hardening of unionist opinion on the protocol.

Some 82 per cent of unionist voters believe the DUP should not return to Stormont until the protocol is either scrapped or significantly changed — an increase of six points since May.

Exactly half of unionists think Sir Jeffrey Donaldson’s party should not restore the devolved institutions until the protocol is completely binned — up 13 points from just before the assembly election.