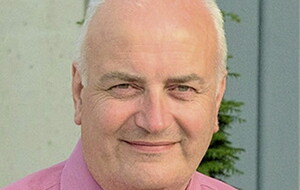 A DUP Policing Board member has said the suspension of funding to Community Restorative Justice Ireland (CRJI) raises fresh questions about the nature of the PSNI's relationship with the organisation.

South Antrim MLA Trevor Clarke made the remarks after the Executive Office suspended funding to CRJI.

CRJI notified the Executive Office over "issues of concern" within the organisation, which received £1.2m last year from the Stormont department.

The restorative justice group, which also works with the Department for Communities, the Department of Justice and the PSNI, has launched an investigation.

Senior PSNI officer Inspector Peter Brannigan has sat on the CRJI board since 2016.

Mr Clarke said every project funded from the public purse "must be held to the highest standards".

"Any concerns relating to the governance of CRJI must be investigated robustly and there is a duty on the relevant statutory bodies to act in a proactive and precautionary way," he said.

"This must not just relate to funding from the Executive Office but all public funding streams."

The South Antrim MLA said the relationship between CRJI and the PSNI had "rightly come under significant scrutiny".

"There needs to be a careful examination of risk and conflict of interest, especially given the PSNI's reliance on CRJI to carry out consultation work in certain communities," he said.

"I will be making the chief constable aware of our collective concerns in the days ahead.”

A spokesperson for the Department for Communities (DfC) said: “In line with funding arrangements, CRJI notified DfC of issues of concern and advised that an investigation had commenced.

"The department will keep the situation under review."