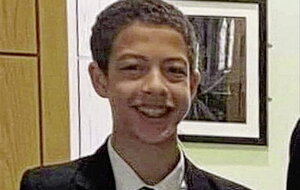 Councillors in Belfast have discussed a proposal to name a bridge after schoolboy Noah Donohoe, who died tragically two years ago.

Noah, a pupil at St Malachy’s College in Belfast, was found dead in a storm drain in north Belfast in June 2020, six days after he went missing.

Sinn Féin councillor Ryan Murphy said during a meeting of the Strategic Policy and Resources Committee today that his party proposes the new Lagan Gateway bridge be named after the 14-year-old.

Opened last year, the 83-metre bridge links the Stranmillis and Annadale districts in the south of the city.

Mr Murphy said there has been “huge public demand” to name the bridge after Noah, adding they “are glad that this will now happen”.

Noah’s mother Fiona has led a high-profile campaign calling for answers around the death of her son.

Mr Murphy added: “We will continue to stand with Fiona and her family in their battle for truth and justice for Noah.”

Decisions taken at the committee are usually subject to approval by the next meeting of the full council.

In a statement released today, Fiona Donohoe said naming the bridge after Noah "is a touching and heartfelt tribute for which we will be eternally grateful."

Noah Donohoe’s mother Fiona says she is “humbled” that Belfast City Council is set to name a bridge in Belfast in his memory pic.twitter.com/1Qjroa0MZd

Last weekend, thousands of people protested in the centre of Belfast over a public interest immunity (PII) certificate which has been signed by Secretary of State Shailesh Vara following an application by the PSNI.

Ms Donohoe has called for police files relating to the investigation to be released in full.

Coroner Joe McCrisken will make a final decision on the PII application ahead of Noah’s inquest, scheduled for November 28.