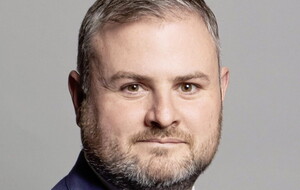 PLANS for radio presenter Stephen Nolan to moderate at yesterday's Tory leadership hustings were ditched at the eleventh hour because his role at the event had "not been finalised" with BBC bosses.

An operational note sent to The Irish News on Tuesday evening said the lunchtime event in the Culloden Hotel featuring rivals Liz Truss and Rishi Sunak would be "hosted by Stephen Nolan".

However, there was no sign of the radio and TV presenter at the hustings, which were instead hosted by Conservative Party chairman Andrew Stephenson.

Hustings held in Britain over the past month have been hosted by a number of high-profile presenters and journalists, including the Daily Telegraph's Camilla Tominey and Sebastian Payne of the Financial Times.

However, it appears the plans to include Mr Nolan were changed at a late stage.

"Stephen Nolan and other BBC presenters are routinely invited to take part in external events," the broadcaster said.

"Stephen’s involvement in this particular event had not been finalised in all of its aspects."

The statement added that BBC had "carried detailed coverage of what has been said by both Conservative leadership candidates across our local news services".