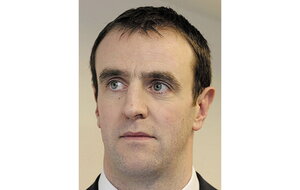 THE New IRA has claimed it fired seven shots at the PSNI close to an anti-interment bonfire in Derry.

In a statement using a recognised codeword the New IRA said two members fired shots in the Bogside on August 15.

Police said reports were received at around 11.20pm on Monday that shots were fired near a bonfire.

It is understood a search was carried out at a house at Meenan Square, in the Bogside area, yesterday.

"This incident is reported to have occurred at around the time the bonfire in Meenan Square had been lit when we know there was a large number of people in the vicinity – an act that would be beyond reckless when so many people were present," he said.

SDLP assembly member Mark H Durkan said the incident could have resulted in injury or death.

"We have sadly seen in the not too distant past the consequences of bringing guns onto the streets," he said.