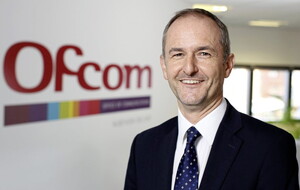 The communication regulator said it highlights a growing "generation gap" in viewing habits.

According to Ofcom’s latest report, people aged 16-24 spend 40 minutes in front of broadcast TV in an average day - a fall of three quarters in the last 10 years.

In contrast, over-54s still spend around a third of their waking day enjoying broadcast TV, sitting down for five and a half hours (330 minutes) daily.

Overall, people in the north spent an average of three hours and one minute watching broadcast television on the TV set in 2021. Compared with 2020, this was down by 12 minutes.

The changes in younger adults’ habits reflect the popularity of US-based, on-demand streaming services, such as Netflix, Amazon Prime Video and Disney+.

However, Ofcom has highlighted that growth in subscription services has started to slow.

After years of strong growth in the number of households using Subscription Video-on-Demand (SVoD) services in Northern Ireland, the rate of increase has now began to slow.

By the first quarter of this year, the proportion of households subscribing to at least one SVoD service was 70 per cent, compared to 68 per cent in the last quarter of 2021.

There is growing choice for viewers in the range of services they can subscribe to.

However, Ofcom says the market is still dominated by the US-based streamers. Netflix remains the most popular SVoD service in Northern Ireland, followed by Amazon Prime Video and Disney+.

Free video-on-demand services (BVoD) from UK-based broadcasters are also extremely popular as more people choose to watch content when and where they want.

VoD services from the public service broadcasters made up four of the top five most popular free-to-view platforms for watching programmes, films and other video.

Jonathan Rose, Ofcom’s Director for Northern Ireland, said: "The generational gap in viewing habits is becoming wider with younger people rarely sitting down to watch TV in the way that older people do.

"Traditional broadcasters face tough competition from online streaming platforms, which they’re partly meeting through the popularity of their own on-demand player apps, while broadcast television is still the place to go for news, big event programming and locally-based dramas."