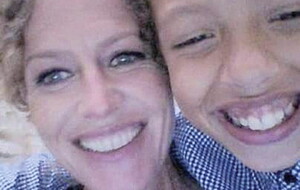 Secretary of state Shailesh Vara has said he is "very happy" to meet the mother of Noah Donohoe following anger over his decision to approve a Public Interest Immunity (PII) certificate to conceal information in the case.

Mr Vara, who replaced Brandon Lewis in June, has faced criticism for signing off on the use of a PII in the case of the 14-year-old St Malachy's College Pupil, who was found dead in a north Belfast storm drain six days after going missing in June 2020.

A rally in support of Noah's mother Fiona Donohoe was held in Belfast on Saturday, attended by several thousand people, in which attendees called for the scrapping of the PII certificate ahead of an inquest in November.

The law firm representing the Donohoe family, KRW, has expressed "grave concerns" over the use of the PII, which it said has "caused Noah's family, and indeed the wider community, enormous distress".

The Northern Ireland Office has said Mr Vara's decision to sign off on the certificate was reached following "very careful consideration of the information and detailed briefing by officials", but said the application was made by the PSNI.

Speaking yesterday in Dromore, Mr Vara said he wished to express "my prayers and thoughts for Noah’s family and friends in this very tragic and sad case", and said he would be prepared to meet with Ms Donohoe face-to-face.

"What I would say is that as far as signing the certificate is concerned, I did it after very, very careful consideration."

Mr Vara said claims that "hundreds and hundreds of pages" in the case were redacted was "complete nonsense".

"Let me make it absolutely clear that notwithstanding the redactions, there is nothing that would impact on the substance of the case concerning the sad passing of Noah," he said.

“And of course the ultimate decision rests with the coroner who is an independent judicial officer and he will of course have the final say.

"I am more than happy to meet with Noah’s family. If they wish to meet me then certainly I would be delighted to do so and very happy to try and explain to Noah’s mother where I am coming from."