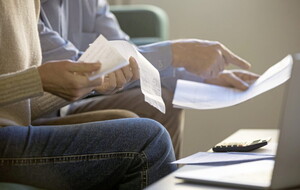 Households in the north are facing rising energy and food bills as the cost of living crisis deepens.

STORMONT'S caretaker ministers must treat the cost-of-living crisis with the same urgency as the Covid-19 pandemic, the SDLP has warned.

South Belfast MLA Matthew O'Toole, who has been named by SDLP leader Colum Eastwood as the "official opposition leader" in Stormont after it was announced the party would form an opposition, spoke out as energy bills continue to soar.

Mr O'Toole said caretakers ministers, who are overseeing Stormont departments in the absence of a new executive, should form a cost-of-living "taskforce" to address the crisis and provide regular updates to the public on how they were helping.

He said caretaker ministers, who cannot operate fully until the DUP agrees to nominate to the executive, were "not showing any urgency or bringing forward any new proposals on how to mitigate the impact of soaring food, fuel and energy costs".

The DUP has said it will only nominate ministers if changes are made to the Northern Ireland Protocol that was agreed in the UK and EU's Brexit Withdrawal Agreement.

DUP caretaker economy minister Gordon Lyons has called for a series of tax cuts to ease pressure for struggling families.

Mr O'Toole said: "Every political party made big promises to get support directly into the pockets of those affected by the crisis but as autumn and winter begin to loom large in the minds of many struggling to make ends meet, there has been no decisive action taken by local ministers.

"In our view, caretaker ministers should be treating the cost of living crisis with the same urgency as the Covid-19 emergency. They need to pull out all the stops to help households across all of our communities where people need support now.

"Spending is happening in government departments every week, some of it at risk as a result of the failure to establish an Executive - we need to see that spend directed to support people now."

The MLA said a taskforce should include "senior officials and sectoral experts to coordinate a whole-government response" to spiralling costs facing families.

He added: "People deserve to know what political leaders are doing to tackle the most pressing crisis facing people in all of our communities."