Body recovered near Dunluce Castle in search for missing pensioner 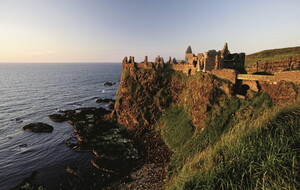 POLICE searching for a missing pensioner have found a body in Co Antrim.

The 75-year-old was later reported missing. Police said they and Mr Jones's family were "becoming increasingly concerned for his whereabouts".

A body was found near Dunluce Castle in Co Antrim on Thursday evening.

A post-mortem examination will be carried out to determine the cause of death, police have said.