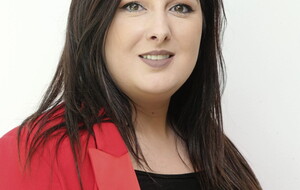 A DECISION by a DUP mayor to turn down a civic reception request for Antrim's All-Ireland winning camogie team has been criticised.

The Saffrons lifted the junior title after beating Armagh in the decider at Croke Park last weekend.

Causeway Coast and Glens Borough Council takes in parts of counties Derry and Antrim and some of the winning players on the Antrim side come from the district.

A request for a reception was turned down by DUP mayor Ivor Wallace at a meeting of the council this week.

Independent councillor Padraig McShane last night said he has now written to the district's deputy mayor, Sinn Féin's Kathleen McGurk, requesting that she host a reception for the Antrim players.

Mr McShane also wants the achievement of Coleraine based Eoghan Rua camogie club, which won the All-Ireland club junior title this year, to be recognised.

“This is our council too," Mr McShane said.

"This is our chamber and our civic facilities. Some are having difficulties coming to terms with that. Our mayor is supposed to represent everyone but he’s obviously caught in a time warp."

He added that it is "important we focus on the achievements of these teams, their selectors and their families".

"They have brought tremendous pride to the borough and the ladies have proved themselves to be masters of their sports," he said.

Sinn Féin councillor Leanne Peacock said: "This comes on the back of the refusal of the mayor to host a reception for the Derry Gaelic football team who reached the All-Ireland semi-final and Eoghan Rua camogie team who won the All-Ireland Junior Club Championship.

“These achievements should be a matter of pride for the council, something to celebrate as they are big moments for sport in our area."