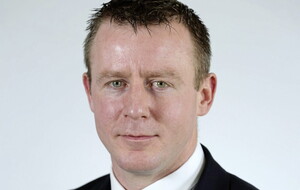 A FORMER chair of Newry & Mourne Council has been remembered as a "healing force" who commanded respect throughout the community of south Armagh.

Pat Toner, a long-serving SDLP councillor from Forkhill, was buried yesterday in the village of his birth, following his death at the weekend, aged 83.

The father-of-five played football for Forkhill GAC and for Armagh Minors in an All-Ireland Final in 1957.

He served as chair of the now defunct Newry & Mourne Council in the mid-1980s and was part of a delegation invited to the US in 1995 by Teddy Kennedy and Tip O'Neill.

Newry and Armagh MLA Justin McNulty described his late party colleague as someone who "went above and beyond" to represent the people of south Armagh and to "fight for their welfare".

"He was a first class public representative who worked tirelessly to deliver and help build a better life for local communities and especially for his beloved Forkhill," Mr McNulty said.

“As an SDLP councillor during the Troubles Pat, along with his loving wife Christine, took significant risks to play their part in delivering peace. It was a very difficult time and like many SDLP reps he faced down threats and attacks on his home, but was never deterred from doing the right thing and being a voice against the violence that blighted the north."

He is survived by his wife Christine and four of the couple's five children.